Share All sharing options for: TMI 2011: the Wisconsin edition

Closing out the final foe on Penn State’s schedule, we take a closer look at the university behind the football team.  I give you the final installment of Too Much Information: the Wisconsin Badgers edition.

Did you know that Bucky Badger’s full name is Buckingham U. Badge?  Well you do now!

So read on for even more useless facts that will win you bar bets.

Wisconsin was chartered closely with the new government of the state of Wisconsin, with the Wisconsin Constitution describing for "the establishment of a state university, at or near the seat of state government..."  This can be seen by what is called "the Wisconsin Idea" which was first articulated by President Charles Van Hise in 1904, when he declared "I shall never be content until the beneficent influence of the University reaches every home in the state."  The Wisconsin Idea carries the philosophy that any beneficial research conducted at UW should also be applied to solve problems and make the health and wellbeing better for every citizen of the state of Wisconsin.  Basically the Wisconsin Idea extends the walls of UW to the state’s boundaries, in theory.

The University of Wisconsin–Madison is considered a Public Ivy, or a public institution that offers an education comparable to those of the Ivy League.

Wisconsin was named the "Badger State" because of minors in the 1820’s and 30’s who had no shelter and "lived like Badgers" in tunnels burrowed in the hillside to survive winter.  In 1889, Wisconsin officially adopted the Badger as the university’s mascot.

In 1890 the university’s first mascot was a live, unruly Badger which lasted about one season because he was too wild to control.  Just to spice this article up, I’ll say he mauled a cheerleader to death.  Hey, if it’s on the internet it must be true!* That little bundle of joy was replaced by a less energetic live raccoon named "Regdab" (if you haven’t guessed that’s ‘badger’ backwards.  Yeah they sure were a clever bunch back then). In 1949, "Buckingham U. Badger", aka "Bucky Badger," was chosen in a contest and the original drawing was designed by Art Evans and later updated in 2003.

In 2009, John Fromstein produced "Being Bucky" a documentary that followed the 7 Wisconsin students who take on the role of Bucky Badger. The documentary was meant to show the life and background of being a mascot at a major university. "Being Bucky" won "Best Documentary Film" at the Wisconsin Film Fest.   So yeah, you make a film about yourself and then give yourself an award.  Sounds legit; although I hear the reward for winning the Wisconsin Film Fest is a truck load of Cheddar cheese and a case of Ex-Lax. 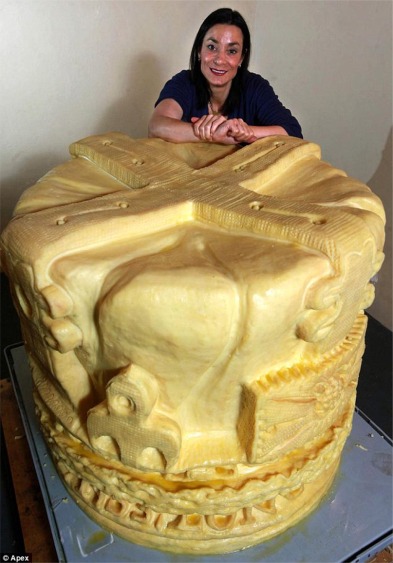 Overall the Badgers have complied a good overall record of 625-468-53 but they’ve been an up and down team.  Wisconsin has 12 Big Ten championships but no recognized National Championships.

The Badgers got off to a tumultuous start losing the only two games they played in 1889.  The following season they earned the most lopsided victory in school history when they destroyed the University of Wisconsin–Whitewater by a score of 106–0 (that's not a typo).  They followed that with the most lopsided loss in school history by losing to Minnesota 63-0.  Since then, the Badgers and Gophers have met 120 times, making Wisconsin vs Minnesota the most-played rivalry in major college football.  In the late 1800’s and early 1900’s Wisconsin experienced a lot of success but in 1942, the team finished #3 after beating #1 Ohio State and then losing to Iowa the following week.  The team didn't lose again that season finishing 8-1-1.

1967 and 1968 the Badgers experienced the low point in team history going two seasons without a win.  They suffered through the 70’s, saw some mild improvement in the 80’s but hit their stride under Barry Alvarez in the 90’s.  Over his 16-year tenure as head coach, Alvarez led the Badgers to three conference championships, eleven bowl games (going 8–3), and three Rose Bowl victories.

Wisconsin has a very diverse and extensive list of famous Alumni.  I'll miss many but here are some of my favorites.

Working Girl and SNL member Joan Cusack was a Badger. Rich Dahm, co-executive producer and head writer of The Colbert Report called Madison home as did Ben Karlin who was co-creator.  B-Movie master Bert I. Gordon went to Wisconsin.  Before getting Lost, writer Adam Horowitz was a Badger.

Actress Jane Kaczmarek of Malcolm in the Middle fame graduated from Wisconsin.  Before getting stranded in space as the voice of Tom Servo in Mystery Science Theater 3000, Kevin Murphy called Wisconsin home.

File producer Tom Rosenberg who won an Academy Award for Million Dollar Baby was a Badger.

Before Luke Duke was taking care of Uncle Jesse and running from Rosco P. Coltrane, actor Tom Wopat was a Badger.  Before piloting his plane the Spirit of St. Louis from Long Island to Paris, Charles Lindbergh graduated from Wisconsin. Dick Cheney was a Badger.  William S. Harley, founder of Harley-Davidson got his Mechanical Engineering degree from Wisconsin.


*It’s totally NOT true, I made it up