It's 1980, And Penn State Still Needs A Starting Quarterback

Share All sharing options for: It's 1980, And Penn State Still Needs A Starting Quarterback 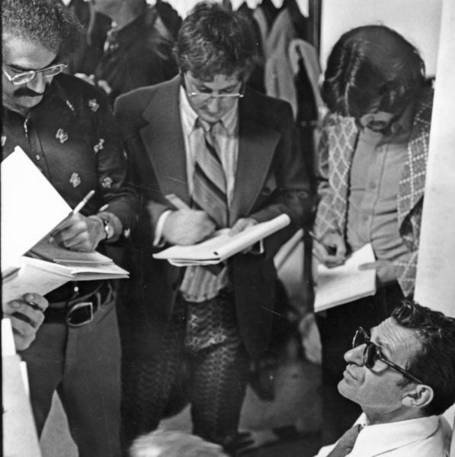 Having gone 11-1 for two straight seasons, an 8-4 year seemed like a let-down. For Joe Paterno a win in the Liberty bowl wasn’t enough, it was time to make a run for an all elusive national title. Unfortunately for Penn State fans, returning quarterback Dayle Tate was banged upfrom a physical season and it was up in the air as to whether or not he could win back the starting role. That left Paterno with sophomores Frank Rocco, Jeff Hostetler and Redshirt Freshman Todd Blackledge. With Tate out of the equation, Paterno was faced with a decision, one that would ultimately lead to one of the most successful eras in Penn State football history.

Heading into the Blue White Game, the race was still open. Each quarterback had their abilitiesand their downfalls, but none of them had really seperated from the rest of the pack. For Paterno it was going to be one of the hardest calls that he had to make in his still young career. There was no truly wrong choice, but each quarterback provide the team with something different. 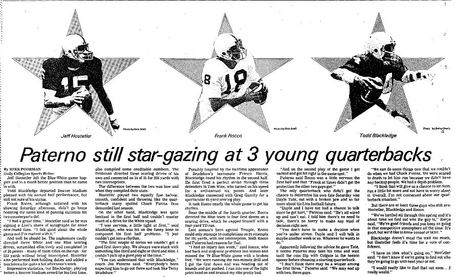 When the season finally began, the team, the coaches, and the fans were still in the dark as to who would be getting the starting nod. Some slight injuries in practice to Rocco and Hostletler the week before the season opener only added to the drama. Paterno finally made his decision known literally the day of the game naming Jeff Hostetler the starting quarterback.

Like all quarterback drama however nothing stayed the same for long. Despite two blowout victories, Hostetler's early season performance wasn't enough to keep Todd Blackledge from taking over after a 7-21 loss to Nebraska in the third game of the season. A risky decision that not only angered the camp of a talented quarterback, but also put Paterno's judgement in the cross hairs. 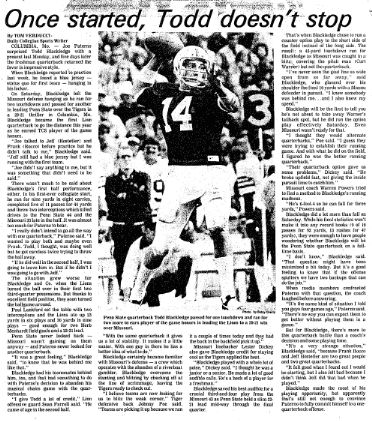 In a move that is still riddled with controversy and drama,Pat Deviln Hostetler would transfer at the end of the year to West Virgina. In the end however, Todd Blackledge would go on to start for the next two seasons winning Penn State their first ever National Title making Hostetler's transfer trivial at best.

While starting for Penn State Blackledge would become one of Universities all-time winingest quarterbacks with a record of 31-5 under center. Hostetler on the other hand would go on to play for the Redskins, Raiders, and winning Super Bowl XXV with the Giants. In the end, the quarterback battle between Hostetler and Blackledge is more remarkable in a retrospective sense as both quarterbacks had the potential to perform at a high level.

Check back next week for Part 3 of this series.