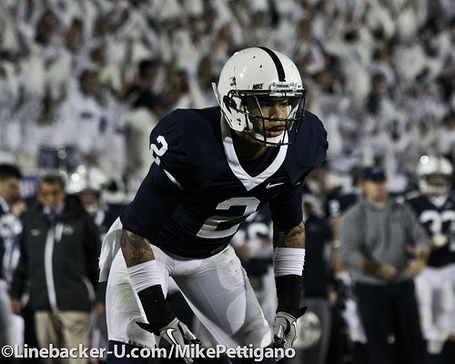 Penn State’s secondary can be one of the most frustrating parts of the defense at times thanks to the cover-3 system that Tom Bradley runs. However, cornerback figures to be a position of strength for the Nittany Lions coming into the 2011 season, even though the unit didn’t have a spectacular 2010. As a whole, Penn State’s passing defense ranked 17th in the nation in yards allowed per game (their best mark in the past 5 years), though they allowed opponents to complete 61 percent of passes (their worst mark in the past 5 years) which ranked 81st in the nation. The corners barely forced any turnovers either, accumulating only four of Penn State’s ten interceptions (again, their worst mark in the past 5 years) last year. Despite these less than stellar numbers, the Lions return considerable experience at cornerback. Seniors D’Anton Lynn and Chaz Powell return, along with junior Stephon Morris, and sophomore Derrick Thomas. Together, they should combine to form one of the more formidable cornerback units in the Big 10. 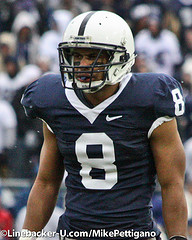 Lynn has been a starting corner for the past two seasons and there’s no reason to expect that to change this year. Powell bounced around between receiver and cornerback last year and it appears that he’s finally settled in in the secondary. While Stephon Morris started last year, he was underwhelming and I think Powell is set to take over for him. Powell brings a lot of athleticism to the plate, so now that he’s had a year to practice he could be poised to do big things this year. Either way, a 1-2 punch of Lynn and Powell is going to make it difficult for opposing quarterbacks to complete passes this year. 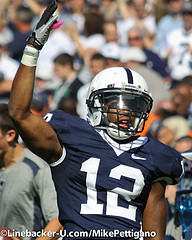 Morris, as noted earlier, struggled last year after a stellar freshman season. He struggled to make tackles last year and this will likely bump him down the depth chart in favor of Powell, but his experience gives Penn State depth in case of an injury to either Lynn or Powell. It's entirely possible that Morris could slip back into a starting role if Powell slips up. Thomas had a lot of promise coming into 2010, but academic and other off the field issues made him a mainstay in Joe’s doghouse. Hopefully that’s all behind him now, because the potential for him to be successful is there, and since the secondary is going to be thin going into 2012, he needs to get as much experience as he can this year.

These are the other corners on scholarship that are currently on the roster. They likely won’t see the field unless injuries necessitate it (and hopefully it doesn’t come to that) or during mop up duty against Indiana State. But who knows, maybe Mike Wallace will surprise us all this year and he’ll turn out to be as good a cornerback as he is a rapper.