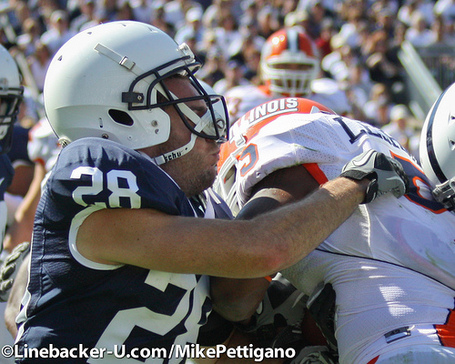 In 2010, Penn State's safeties, much like the rest of the defense, were hurt by injuries. Drew Astorino has been bothered by a nagging shoulder injury the past two years while Nick Sukay's promising season came to an abrupt end with a torn pectoral suffered on the opening kickoff of the Illinois game. This gave redshirt freshman Malcolm Willis a chance for some playing time and he was nothing short of impressive. Now, with Sukay back and healthy, Penn State heads into the 2011 season with a good mixture of experience and skill at safety. Combine the experience of the safeties with the experience Penn State has at cornerback, and Penn State is looking at one of their best secondaries in several years. Even ESPN thinks so. 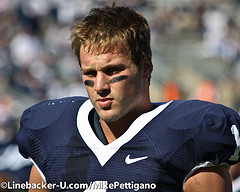 There's no reason to expect that a healthy Sukay and Astorino won't get the nod to start this year. Astorino has been the recipient of many complaints over the past couple of seasons, but he has been one of the most consistent contributors in Penn State's secondary. Despite his shoulder issues, Astorino has notched at least 60 tackles and been on the field for at least 800 plays each of the past two seasons. If his shoulder holds up this year, Astorino should be one of Penn State's top contributors on defense.

Sukay returns after tearing his pectoral muscle last year and missing the final 7 games of the season. In his 19 starts at Hero, Sukay has notched 5 interceptions. Despite missing half the season last year, he still finished tied for the team lead in interceptions with 3. Penn State ranked 81st nationally last season when it came to picking off passes. That's an area where it'd be nice to see some improvement and hopefully having a healthy Sukay for the entire season will improve that number. 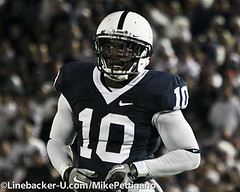 Willis started the final 7 games of the 2010 season at Hero for Penn State, but will be relegated to a backup role now that Sukay is healthy. That doesn't mean Willis won't see the field. Penn State frequently runs 3-safety defensive sets (well, more frequently than most other teams) allowing someone like Willis to move into the hero spot, as Astorino is often the one used as the nickel back in those situations. Regardless, Willis' presence should give fans some peace of mind should one of the starters get hurt though.

Amos was a late addition to the 2011 recruiting class and figures to slide into the slot vacated by Andrew Dailey who graduated early and left the team. Public and not-so-public reports like what Amos has been doing this fall camp, meaning he's likely to jump over more experienced players, like Stephen Obeng-Agyapong and Jacob Fagnano, depending on how Amos does in his first live-fire test.