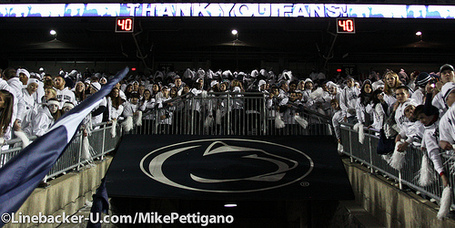 We're back. It's Friday, after all. What else do you have to do on a Friday night in August? But first, we must apologize. We only published 22 featured posts this week. Worry not, friends, for we are really going to kick this into high gear for fall camp and football season quickly approaching. And as usual, don't forget to vote in the poll this week.

Success With Hyperlinking Never Played For Auburn Either

On Joe Paterno, the Penn State Way, and the Future of the Program

And Now, A Word From...The Marines

Success with Hyperlinking is Happy that it's August

Success With Hyperlinking Is Making Some Noise

It's 1964, And Penn State Still Needs A Starting Quarterback

Success with Hyperlinking is Opening Up Camp

The Most Powerful Penn State Teams Of The Big Ten Era

Kevin Newsome Departs, A Valuable Lesson Is Left Behind

Friday Recruitin' Is Trying To Keep Up With The Changing Times