Snacks On Snacks: Liquid Sustenance of the Craft Can Variety

Share All sharing options for: Snacks On Snacks: Liquid Sustenance of the Craft Can Variety

With Happy Valley tailgating on the horizon, we're taking a break from food items to talk beer with Russ from CraftCans.com.  Yes, we know many of you are going to find the nearest case of Miller Lite at your local distributor and shotgun as many as possible prior to kickoff on Saturday.  Been there.  For those of you who are looking for a slightly richer beer drinking experience but want to comply with the anti-glass bottle policies of Penn State, Russ is here to tell us about your options in the flourishing world of canned craft beer.

Bonus?  When I contacted Russ, he told me that he just happened to be a lifelong Penn State fan.

BSD: Tell us some of your favorite memories about Penn State football.

Russ: I went to college in Michigan (not at Michigan), actually way up north in the Upper Peninsula. In Michigan everyone is either a Michigan or Michigan State fan - regardless of where they go to college. It's a bit insane. Anyways, I have a bunch of friends that are Michigan fans so every time Penn State plays Michigan there is plenty of harassment flying on both sides.

When Penn State demolished Michigan at home 46-17 a few years back that was nice. That was a great year - well, until the Rose Bowl. The following year Michigan was terrible and Penn State went to Ann Arbor and Darryl Clark threw 4 TDs and they won 35-10. So, basically anytime that Penn State beats Michigan (or Michigan State) I am ecstatic.

What sparked the craft can craze, and why are cans such a good vehicle for high-quality beer?

When Oskar Blues first canned their Dale's Pale Ale in 2002, it wasn't an instant national success story. It had a tiny distribution range and most people just weren't ready to accept that decent beer could come in a can. Once their distribution started to grow and their renegade-style marketing really took off, coupled with a few other craft breweries turning to canning (Ska Brewing for instance) things started to roll.

A few years later, there were 25-30 craft breweries that were beginning to can.  From there, it has really started to take off completely.  Great beer speaks for itself, and as the stigma about canned beer fades, we'll see more and more breweries looking to cans.

Why cans? A lot of it has to do with the packaging. Light doesn't go through aluminum as it does through brown bottles (or even worse, clear or green bottles). Light-struck beer tastes bad, but light in small amounts can cause beer to gradually lose its aroma and flavor. Light is especially bad for hops. When cans are sealed properly, they have a tighter seal than bottle capping and thus less oxygen gets in. That keeps beer fresher, longer.

Cans do not impart a metallic flavor into the beer as they have an ultra-thin water-based liner that protects the beer from the aluminum. If you're tasting metal, you're probably drinking straight from the can and your mouth is right on the metal. Most brewers would say they'd rather have their beer in a can compared to a bottle. It does much more to keep their product fresher, longer. It's also cheaper to ship and easier to recycle.

Which canned craft beers, available in Pennsylvania, would you recommend for a moderately long day of tailgating?

In Pennsylvania you've got some great canned craft beers available. For a day of tailgating I'd go with Sly Fox Phoenix Pale Ale or perhaps their Royal Weisse. Lancaster Brewing does a solid Kolsch during the summer if you can find it. 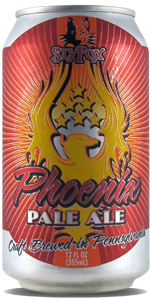 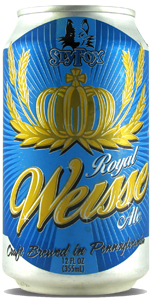 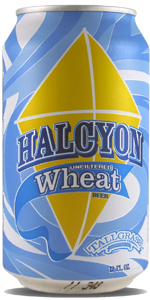 Also, there are some other cans from out of state worth checking out. Tallgrass out of Kansas has a great canned  wheat beer called Halcyon Wheat, and their Tallgrass Ale is a nice, low alcohol brown ale that comes in a 16 oz. pint can.

What are some of your absolutely favorite craft cans nationwide?

It may come as surprise that there are now 64 unique styles of beer being canned. If I had to narrow down some of my favorites I'd go with: 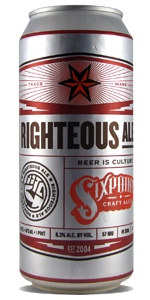 How did you decide to start CraftCans.com?

I was working on another site with my brother, who does all the design work for CraftCans, and found myself drawn more and more to cans of craft beer. Maybe it was the novelty at first and a desire to try something new. As it went on I realized I really liked what cans did for the beer and the taste and started reading up on it. A quick Google search showed a lot of news about breweries looking into canning but no sites devoted to the subject. So, about a year and half ago, I said "let's put something together and see what happens."

About a week after it went live, we started working on the database and once that was created the site has really taken off. We're currently finishing some things that will allow people to find out which cans of craft beer are available in their state, and more information about the particular breweries that are canning. Cheers!

Next week is #BamaWeek 'round these parts, in case you didn't already know. And as we told you last week, we're fixin' to get our chili on by throwing down with the fellas at Roll Bama Roll. We've already received some solid contributions from you guys, but keep them coming. Send your best chili recipe to Jeff (email at the bottom in his profile) and we'll put together a killer Snacks on Snacks for next week.