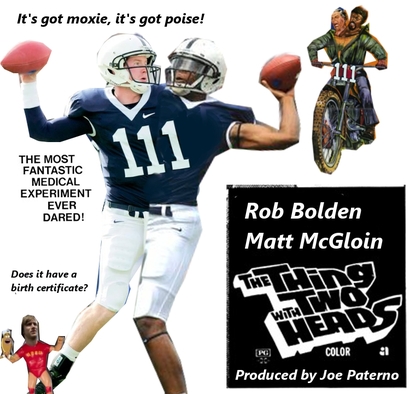 Pickin' On The Big Ten.  I love and will link to it each week, if possible.  Leaders.  Legends.

Late Returns.  The statewide media predictions for Penn State 2011 are in. WFY tallies for your pleasure.

Shame, And The Reality Of College Football.  In that, there's no shame involved whatsoever.  It's hard to find early season FBS opponents due to the price tag.  When Sun Belt and MAC teams started realizing how much money they could squeeze out of these September games in giant stadiums, FCS schools in dire need of funding undersold them.  Indiana State, a team that won precisely two games in a five year stretch from 2005-2009 before going 6-5 last year, will make $450,000 from this game.  They need it.  They've had to cut programs such as men's and women's tennis in recent years, and just signed football head coach Trent Miles to a five-year extension after the Sycamores' first winning season in over 20 years.  Money is tight everywhere.  They need the cash.  We need the cheap opponent.  These are the sad realities.

On Quarterbacks.  Look, despite this report, nobody knows how this is going to shake out.  Unless one of them truly outshines the other, the collective anxiety about the position during Alabama week will be: 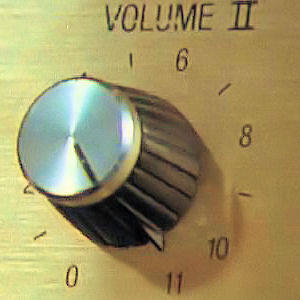 It probably will be, anyway.  It's what we do.

And yes, Bolden and McGloin have different tendencies on the field, but let's not pretend that Penn State is playing possum on the quarterback issue to give Nick Saban nightsweats (it's not sweat, it's the tears of his assistant coaches, which Saban keeps in a bottomless office water cooler at 36 degrees).  We're not dealing with Clark and Morelli in the Alamo Bowl here.

(Incidentally, put me down for McGloin outplaying Bolden and driving the fanbase utterly insane for the next eight days.  Is this not exactly the type of team McGloin will mercilessly torch?  You know this is happening.  Join me below.)

Okay, So Who The Hell Are These Guys?  Penn State has played one other team from the Missouri Valley Football Conference: Youngstown State, twice.  Yes, I thought Eastern Illinois would be in this conference too.  They're not.  The Sycamores received a handful of votes in a recent FCS poll, equivalent to a #38 ranking in the subdivision.  So the answer is still "cannon fodder", but here are a few names to look for.  Defensive end Ben Obaseki (6'3", 280, transfer from Washington) was named to a watch list for FCS defensive players.  On offense, FB Brock Lough and TE Alex Jones were named to the Missouri Valley preseason all-conference game.  Obaseki, LB Jacolby Washington, DB Calvin Burnett and DB Alex Sewall were named to the defensive team.

This Looks Suspiciously Like You're Copying And Pasting From An Indiana State Press Release.  Well, semi-guilty. There is not much available on this team.  They are the Tora Bora of sucky football.  They had a fall scrimmage, in which the first-team offense did approximately squadouche. This should not be unexpected when the Midwestern media thinks your best offensive players are a fullback and a tight end.  The side with the first-team offense scored 20 points in the scrimmage, but two touchdowns' worth of it came on a blocked and scooped field goal attempt and an interception return.  The starting quarterback was sacked nine times.  The backup quarterback fared better, only being sacked five times.  Devon Still might seriously kill somebody.  So might J.R. Refice, for that matter.

What To Hope For.  You'll recall that Youngstown State was winning in Beaver Stadium last year until a Bolden-to-Brackett touchdown with 1:20 left in the second quarter.  Tomorrow's goals?  Finishing drives with touchdowns.  Solid special teams play.  Offensive crispness.  Good tackling.  No ridiculously blown assignments.  And let's hope that the coaching staff gives Bolden and McGloin plenty of opportunities to throw the ball, regardless of the score.  If they're that close, give them a chance to sort it out under live fire.  This is about Alabama, not Indiana State.

Can We Learn Anything From This?  Not especially.  The opponent is a team picked by local media to finish sixth in a nine-team FCS conference.  Combine their results last year and their projections for this year, and they're another Youngstown State.  Still, if Jack Crawford and Eric Latimore combine for seven sacks, it won't mean a thing.  If Penn State runs for 400 yards, it provides only scant information for the Alabama game.  However, it's Penn State football on a beautiful day in Happy Valley, so let's shut up and love it.  FUH BAW is back.