Share All sharing options for: Jay Paterno And The Circular Troll Squad

[Getting a lot of traffic for this post, so thanks for stopping by.  Also take a look at our Eastern Michigan preview and our archive if you haven't visited BSD lately. - CG] 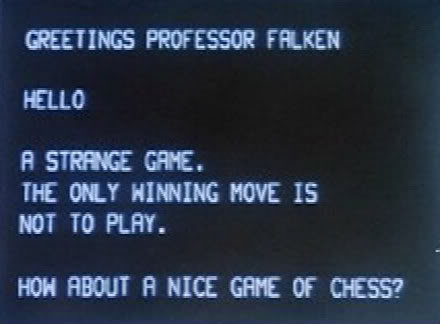 In my observations from afar and without having actually met the guy, I like Jay Paterno.  Seems like a thoughtful, conscientious guy who enjoys a broad variety of topics and interests.  He's never been CoachBot5000 like so many other coaches who drive themselves into an early retirement due to being slaves to the playbook.  Some see that as a detriment.  Okay.

However, this sort of reactionary nonsense needs to stop.

Tough times have their benefits. One is that they expose the true character of the people in your life. Under pressure, everyone shows his or her true stripes. Some back away slowly, some run to be supportive, some tell you the truth you need to hear and some turn at the first sign of trouble and rip into you.

Of course, "tough times" are relative. Even some of my closest relatives think things are depressingly tough because of one loss or an uncomfortably close win. Think of soldiers in a gunfight in Afghanistan. That is the most extreme of "tough times." Sports are just games.

A few weeks ago, many people were trumpeting Penn State’s superiority because win or lose, we do things "the right way." They mocked other universities for their alleged violations of NCAA rules. At the same time, Joe Paterno was revered for his track record of over 60 years of college athletics without a single major NCAA sanction.

Now, some Facebook "friends" have decided they want to tell me what they really think about Joe Paterno and the Penn State football program. And about me.

I get the passion, I really do. When the Red Sox started 2-10 this year I was wondering. They eventually got to first place and until this month they seemed to be a lock for the postseason. (And yes, I’m worried. But still hopeful they’ll hold on -- although losing to the O’s on Wednesday night hurt. A lot.)

The VAST majority of Penn State fans are true blue, true believers and true to their belief in Success with Honor. There are some, however, who profess the faith in good times and then look for the nearest exit when times get tough.

[following a quick reference to the 2005 Northwestern game]

So no matter what transpires this Saturday and the remainder of the Saturdays this fall, the lesson for student-athletes remains the same:

You either fight on or fold your tent. You either get on board or jump ship. And either way, your decision will show your true colors.

The life of a college football coach is difficult.  We all get that.  Coaches have had their houses vandalized, have been burned in effigy.  It's ugly out there.  The barbs and arrows are countless and inbound from every conceivable angle.  Same goes for assistant coaches who are directing a particularly flailing segment of the football team.  Just ask Jeff and Bobby Bowden.

The issue here is not Penn State's clean NCAA record, obviously -- and let's be clear, nobody would care that Penn State was doing things "the right way" if they had Indiana's win-loss record over the past 40 years.  As much as it pains many to read this, that grey, 110,000+ capacity battleship of a stadium and Joe Paterno's legacy weren't built on graduation rates.  "Success With Honor" is something a football program can only claim in a relentless public relations campaign after the "success" part is established over time.  Otherwise, you're Vanderbilt.

Forget the larger meta discussion of whether it's justifiable to be GRRRR SMASH about college football, or to paraphrase Dr. Saturday's former site, the instant decisions of 18-21 year olds under intense pressure.  The anger from the fanbase is how this current team is being handled, which is absolutely justified by people were asked to fork over piles of cash prior to this season and presented with a shoddy product in return.  The blatantly apparent disorganization of the offense, the reluctance of the coaching staff to choose any quarterback, and the perception (which is absolutely propagated by Penn State, despite its best efforts) that nobody is really in charge of the operation all contribute to the mess.  STEP and the degradation of the gameday atmopshere into a Double-A baseball game haven't helped, either.  It goes far beyond box scores and passing statistics.

This isn't to say that a large portion of the vitriol is overdone and unnecessary -- just check the comments to Jay's story -- but any coach of a high profile program knows this is part of the job description.  The passion, constructive or otherwise, is what fills that giant stadium and allows coaches to live a life of modest-to-ridiculous luxury for instructing college men how best to play a game.

Thus, coaches constantly say that they don't read the criticism contained in newspapers and blogs, even though they are often lying.  It's the easiest and most effective dodge of criticism, not to mention being the completely correct way to handle the situation from a PR standpoint.  Hey, you see what that jerk at Black Shoe Diaries said about you?  Nope, don't read blogs. [/Cheetos-stained fingertips and Mom's basement joke, drops mic.]

Getting trolled by the fanbase on Facebook and Twitter, then splitting them into "true fans" and "others" in the face of one's own, current failings is not a recommended path.  A wise man once said, "that internet'll ruin your life."  He was right.  Jay's reaction, at a bare minimum, isn't helping matters and is only creating further animosity.  At worst, it's desperate and pathetic. The fight is unwinnable.  The only winning move is not to play.

The comments to Jay's column should serve as proof that the battle can't be won.  He's fighting a five-alarm blaze with a squirt gun filled with tears.  One post, scores of insults fired back.  Nobody is winning, and nobody will.  The only practical response to the online criticism of Penn State's offense is for this to appear in a thought bubble above Jay Paterno's head.

Don't invoke the hardships of soldiers in Afghanistan as cover to fire back at fans.  Don't invoke George Washington, who incidentally, knew when to step aside and give someone else a chance to run the nation.

Please, everybody.  Back to work.