Hello, I Must Be Going: A Review Of Penn State's Short Stay In Indy

Share All sharing options for: Hello, I Must Be Going: A Review Of Penn State's Short Stay In Indy

[Our final contribution from Matt Pencek in Indianapolis. Thanks again to Matt for his service, and don't forget to check out his book, The Great Book Of Penn State Sports Lists, featuring plenty of interviews with Penn State legends in addition to an examination of PSU's greatest athletes, coaches, and much more. It's also available in Kindle form.]

This is the fifth consecutive season that the Big Ten has held its tournament in Indianapolis. In 2013, the event returns to Chicago and will alternate between those two cities for the next 4 years. I have not been to Chicago since I was 8 years old. Only speaking about this experience in Indianapolis, they do a great job as host for the following reasons (and no, I am not being paid by the Greater Indianapolis Tourist Bureaus):

Location, Location, Location – Between Bankers Life Fieldhouse and Peyton's former place, Lucas Oil Stadium, there is a nice four-block stretch of restaurants and bars. Plenty of fun places to eat and drink. Each school had a restaurant designated as its headquarters for the week. For the record, Penn State's was Harry and Izzy's. Surprisingly, the local Hooters failed to claim any of the conference's twelve programs.

Bankers Life Fieldhouse – This is the best modern basketball arena I have visited. Most arenas have dual capability for hoops and hockey. The Fieldhouse is a basketball-first arena with the fans closer to the action, giving them a better opportunity to be heard. What else would expect from a state that treats basketball the way Canadians treat hockey?

Atmosphere – The streets were populated by people wearing the bright orange of Illinois, the maroon and gold of Minnesota, the maize and blue of Michigan. The city changed the names of the streets in the area near the Fieldhouse (Penn State was represented with Nittany Lion Drive). Nearly all the teams in the conference seemed to have a good representation walking around the city, except for Penn State and Nebraska. In all fairness, those fan bases have two of the longer hauls in the Big Ten and neither has a strong hoops tradition that would inspire fans to travel a long distance.

Now for some awards based solely on Thursday's action:

The Heinz Doofenshmirtz Award for Annoying Attempts at Evil – Ed Hightower: Penn State played a solid first half against Indiana. Part of that was the play of their defense. However, twice in the half guard, Trey Lewis appeared to have had position on fouls that were called blocking as opposed to a charge that would have given the ball back to the Nittany Lions. I asked Lewis about this after the game and he said he did not understand the calls because he was convinced he was not moving when contact was made. 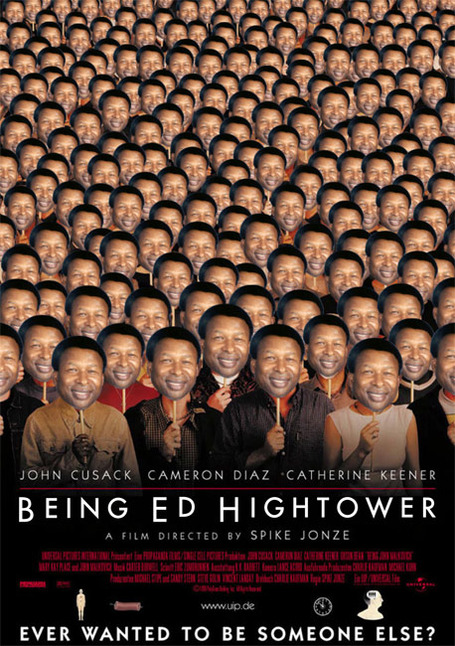 The Bruce Willis Die Hard Award – Illinois Fans: They was a strong showing for their 11:30 a.m. (10:30 Illinois time) against Iowa. Many of them stayed for the Penn State/Indiana contest as their orange shirts and jackets were easy to identify in the Fieldhouse. They had already paid that game, as it was part of the ticket package for the first session. More surprising, a good number also paid for the other session and stayed for the final game of the night, Nebraska vs. Purdue.

The Norman Dale Neutral Court Award – Bankers Life Fieldhouse: Sure, the height of the rim was ten feet just like the baskets back at the BJC, but when you play a game in the state of Indiana, you should expect that plenty of Hoosier fans would show up. They did, and they made it clear there would be no neutral court on this day.

The Chuck Norris Missing in Action Award – Illinois and Indiana Mascots: The stately Nittany Lion made the trip to the Hoosier state capital. So did Herky the Hawk from Iowa. Willie the Wildcat from Northwestern was in the Fieldhouse. Nothing for the Illini and Hoosiers. Do they even have mascots?

The Class Guy Award – Tim Frazier: Going into the losing team's lockerroom after a game is not fun. There was not a large media contingent eager to get Penn State quotes. I was the first person in and all the players had their heads down, obviously disappointed that their season was over. Frazier had this look to, but when I went over to him to ask a few questions he composed himself and gave thoughtful responses to my questions. Just another example of his character and leadership.