A couple weeks back, I reviewed the women's gymnastics team as they were heading into the Big Ten Tournament (which was less-than-stellar and perhaps saw some underscoring going on...). It's now the men to head to their own Big Ten Tournament before competing for the National Championship in two weeks. Big Ten's will be a good test for the top-ranked Nittany Lions, as 6 of the top 9 teams in the nation are from the B1G.

Before moving forward, there are a few (major) differences that I want to go over first:


Now that we've got those details out of the way, lets take a look at the #1 Penn State Nittany Lions 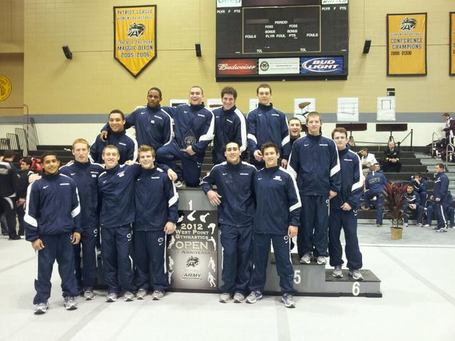 Pineda is the captain and one of the best in the nation on rings (note: this will be a reoccurring theme). He also adds value on the vault and parallel bars. Yang brings quality scores on the floor exercise and high bar. Colin Hill and Logan Wyman have been the odd-men out on a deep (and young) squad.

Much like the women's team, the men's team is anchored by two solid juniors. Both Aronovich and Raque can do it all. Aronovich puts up quality scores on high bar, parallel bars, pommel horse, still rings, and floor. He competed on the vault in the final three meets, making him a potential all-around threat. (Oh, and he qualified for the 2012 Olympics as an individual.) Parker Raque is the leader (and #3 in the nation) on floor exercise, and puts up high scores on still rings, vault, and high bar.

The other four juniors are more of event specialists, but they've perfected their craft. Beck excels on the pommel horse, while adding in good scores on parallel bars and high bar; Chelberg provides much-need quality scores on floor exercise and vault; Dow is another quality scorer on pommel horse, while adding in quality spot scores on every other event except rings; and Rosenthal is the top still rings competitor in the nation by a long-shot. As a point of reference, only one other competitor has hit a 16.00 on the rings this season. Rosenthal's quality average is 16.167.

Most of these guys are one or two event specialists. Burbar is second-best on the team on the high bar, while Evans and Gall both put up quality scores on an impressive pommel horse line-up. Kothari is another quality score on the still rings and adds good scores on the parallel bars, while Rodriguez provided high scores on rings and the high bar late in the season. Jochumsson and Vazquez were unable to break the deep lineup this season.

Three of these four saw action consistently this season, which is a bit rare. (There's a good chance that Sanabria was red-shirted this year due to the insane depth.) Perhaps more surprising is how well these freshmen have performed this season. Duverglas has been a vault specialist and is the #4 ranked vaulter in the nation; Fellerman has added scores on floor exercise, vault, and parallel bars, but his strength has been on the high bar (#15 in the nation); Hernandez started slowly this season, but he finished strong and is currently ranked #1 in the nation on the pommel horse.

Looking at the Big Ten tournament, there are only two teams that could feasibly beat Penn State - Illinois and Minnesota. It just so happens that Penn State beat both of those teams this season, so unless Penn State regresses, they should be in line for the B1G Championship.

As for the hunt for the 13th National Championship, Oklahoma and Stanford join Penn State (and Illinois) as the only teams to average above 350.000 this season. Stanford is much like Illinois, and because of that, I really expect this to be a battle between Penn State and Oklahoma. Oklahoma has been more consistent throughout the season, but Penn State has put up two of the highest scores for any team this season in the past two meets. If Penn State continues to roll as they have been, I don't think there is anyone that can beat them.