Share All sharing options for: Bill O'Brien and Charlie Fisher Explore Their Options

OH MY GOD, STAN, ARE YOU OKAY?

Charlie, what the hell?

No, guys, I just need a minute. I was standing over th--

HE WAS HIT BY A FOOTBALL IN THE TEMPLE AND NOW HE'S DEAD.

Goddamnit. Okay, where did Paterno used to hide the bodies around here?

I DON'T KNOW! IT WASN'T IN OUR TEN-DAY COMPLIANCE TRAINING!

Um, you guys? Can one of you please help me up?

Damn it, Rob. What did I tell you about throwing at Coach Hixon's head when he wasn't looking?

I wasn't aiming for him!

Charlie, what play was that?

Why was Stan in the middle of the field during a drill?

Coach, he was standing on sideline, about 20 yards behind the quarterbacks. Look, I've done all I can with these guys. I guess it couldn't hurt to tweak their mechanics a bit:

Nobody can know about this, Charlie. It'll kill morale if the team discovers we were working out new quarterbacks in secret.

About that, Bill. You know Danny O'Brien decided to play for Wisconsin. We all love Sunshine McGregor, but everyone knows he's not the answer. We're stuck with what we have unless you can come up with another idea, and NCAA regulations don't really allow a lot of flexibility. Besides, a new quarterback won't have the benefit of spring practice.

Relax. Where we're going, we don't need practice. SEND IN THE FIRST QUARTERBACK! 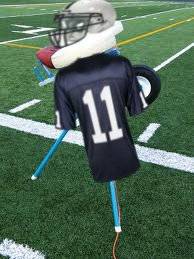 No. No way. I'm not coaching a Jugs Machine. I'm pretty sure we can't do that. It doesn't even have wheels. I know you have a thing for immobile quarterbacks, but--

Alright, let's see what this one's got!

/overthrows Devon Smith in his Rascal

Shit. Next!
[Enter three cheerleaders with a water balloon launcher and a portable stereo playing the Glee version of Fleetwood Mac's "Don't Stop"] 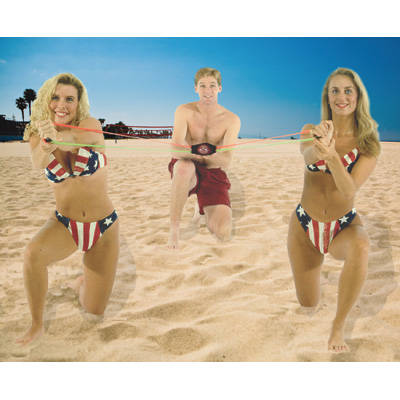 Not only are those girls, but playing them would put us over 11 players on the... [sigh]. Fine.

Quite right. Let's see where this goes. Wait. Charlie, Strollo! Get in there! 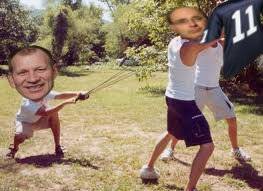 Okay, okay. Fun, but not exactly effective. Anything el--what the hell is that?

BACK IT IN, BOYS. 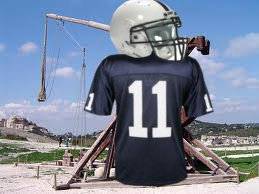 Okay, that is very clearly a giant trebuchet from Punkin Chunkin, dressed in a massive Penn State jers-- wait a minute. This is ridiculous, Bill. You're trolling the crap out of me right now, aren't you? 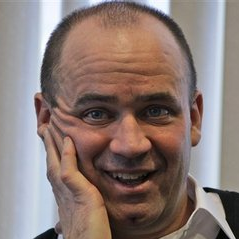 Yes, and by the way, you're fired if our quarterbacks don't have a 2:1 touchdown to interception ratio this year.

I'm here and ready to help! 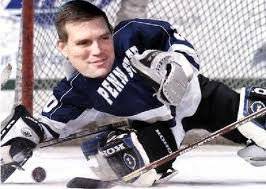 Jay, what are you doing?

I'm here to compete for the starting job!

Jay, you're in your 40's and don't have any remaining eligibility. Also, that is quite clearly hockey equipment and...look, I appreciate the spirit, but please, let's not waste precious time.