Donovon was all set on going to Duquesne next year until Ron Everhart was fired on March 23rd. He was willing to hear out their new coach, Jim Ferry, but ultimately found it in his best interest to get a release from his LOI and reopen his recruitment. When Jack committed in the fall to Everhart, he choose Duquesne over 25 other D-1 offers. He was recruited by many A-10 schools like St. Joe's, La Salle, UMass, and St. Bonaventure. However, Atlantic-10 rules require players to sit out a year if they signed with another conference school.

Penn State became an immediate option because Pat Chambers has been recruiting Jack since his days at Boston U. Jack actually held a BU offer and visited the school before Chambers came to Penn State. When Chambers made the move, he apparently told Jack if he put on some weight, he'd hold a PSU offer. Whether that weight was gained or not is unknown, but Chambers thought whatever weight Jack's at is suitable at the Big Ten level.

Jack was a first team AAA All-State selection this year at Berks Catholic after he averaged 17.0 PPG and 10.1 RPG. He also blocked 78 shots on the year. His coached claimed his stats don't tell the story because of Jack's unselfish play. He won three district-3 championships, while accumulating an 85-9 record the last three years at Berks Catholic, which was formerly Reading Central Catholic.

Donovon projects as a 4/5 forward at PSU. He can spot up and shoot it from the perimeter, but he is most effective inside. During one stretch this season, Donovon made 42 consecutive field goals over a 6-game span. The lefty has shown a variety of low-post moves in the little footage I've seen. He is athletic for his size and can run the floor, but his playing time will depend on how quickly he adapts to the physicality of the college game. He needs to get up to 225-230 to effectively bang with some of the bigger players in the Big Ten. Here's a scouting report compiled from Yuku Dukes, a Duquesne blog.

As a side note, I look forward to the constant correcting of his first name, just like with Talor. 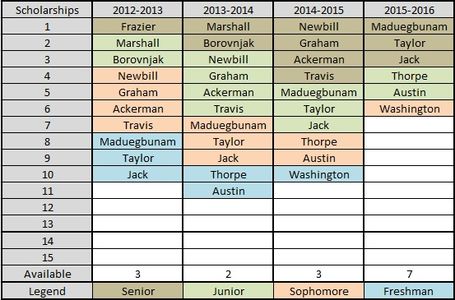 Yes, there is still plenty of room for Sheldon Jeter. His announcement will be Thursday at 8 PM. Chambers has PSU in a great position to land him, as well.