Success With Hyperlinking Is Running in Sand

Share All sharing options for: Success With Hyperlinking Is Running in Sand

Running in Sand? Yes! The Patriot News has a Q&A with strength coach Craig Fitzgerald and they have this sweet video of the team running conditioning drills--including workouts in the newly installed sand pit. If you've ever played a pickup game of football on a loosely packed beach you'll appreciate how tough that is.

Obligatory THE THING post - With the Sandusky trial right around the corner, you probably won't see a SwH post without some sort of linkage regarding said trail. This is no exception, as Judge Cleland has ruled that reporters will be able to use social media during the trial.

Reporters will be allowed to live-tweet and live-blog during the trial of former Penn State assistant coach Jerry Sandusky on sexual abuse charges, according to a court order issued Wednesday. But they can’t broadcast testimony "verbatim."

Yeah Blogging! So you won't get a word for word blow of the proceedings but... there you go.

Let's talk pensions, shall we? - The Mercury of Pottstown (not to be confused with Pottsville, home of the best damn beer on the planet) thinks that Joe Paterno's pension is a little too steep. I understand the argument given that it's the taxpayers footing the bill but this is just ridiculous:

There should be some sort of means testing, a manner to make pensions proportional to the recipient’s needs. For instance, someone who makes $1 million a year, you would think, does not require a pension. Such a person has ample disposable income available to prepare for a comfortable retirements.

Yes; I want my employer to say after 30 years of service "Oh, I'm sorry Mr. Swyers, you've lived a frugal life, and we've checked your bank accounts and... well... we think you can live out the rest of your days comfortably. NO PENSION FOR YOU!

Remaining, But Reassigned, Part II: Paterno's personal secretary, Sandi Segursky, also has been shifted to a new position in the Jordan Center. She now serves as an administrative support assistant for student-athlete services.

I didn't even know Paterno had a "personal secretary"! [ed. note: Adam Jacobi did.] No telling where Joe's fax machine and 70's telephone got reassigned to, but you can check Lion Surplus.

On to 'happy' things - well, happy if you're a Penn State fan. Remember the whole Logan Tuley-Tillman tweet? If you don't, he's a Michigan commit who send out a photo of him burning a recruiting letter from Ohio State. Well, that saga just got a little more classy (I beg you to click on that link if for nothing else than the lead photo). 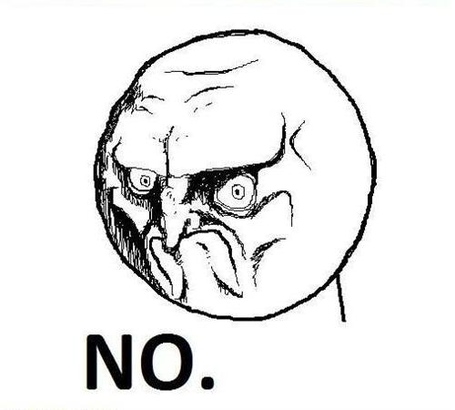 The dates for Blue-White weekend were announced yesterday--the game will be Saturday, April 20th--and the schedule includes all of the typical bluey-whitey things you've come to expect.

Numerous events are held during Blue-White Weekend, including a carnival, fireworks, food vendors, live music and performances at the student entertainment stage, in addition to other Penn State athletic events.

They did, however, fail to mention the biblical downpours that normally accompany Blue-White weekend. Bring your Ark!