Share All sharing options for: Only Johnnie Troutman Until Penn State Football 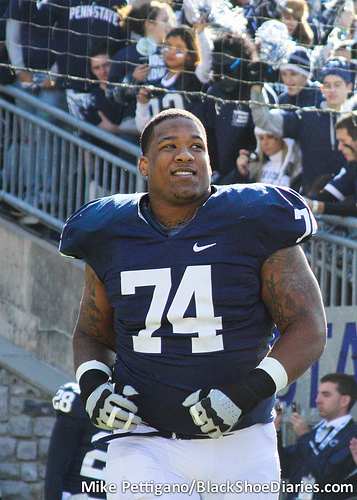 Johnnie escaped from JoePa's doghouse and turned in an outstanding senior season for our Nittany Lions in 2011. The big fella was drafted in the 5th round by the San Diego Chargers - congrats on the location Johnnie - and looks like a solid bet to make that squad.

The roll call for #74 includes 1987 All-America HM OT Stan Clayton, in his 4th season coaching O-Line at Lafayette; DE Larry Kubin, 2nd all-time in sacks; and NFL All-Time great T Rosey Grier, who played LT at Penn State from 1952 - 1954, but later became part of the LA Rams' Fearsome Foursome, with Deacon Jones, Merlin Olsen, and Lamar Lundy. Known as 'the gentle giant', Rosey had many interests outside of football, reflective of his well-rounded Penn State education. Thanks to the interwebs, Rosey's needlepoint hobby lives on. [Still available from Amazon, here. Though I suggest you be Rosey's size or larger - or have no friends - because the mocking will be merciless.] 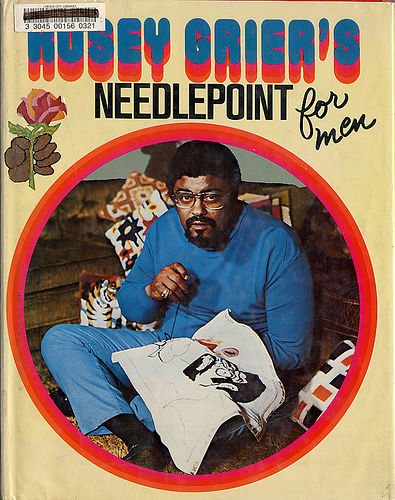