Share All sharing options for: Only Irv Pankey Until Penn State Football 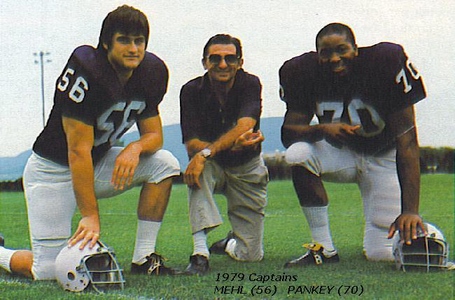 Irv Pankey began his Penn State career as a tight end, but finished it as a 2nd-Team All-America Offensive Tackle. From there, he spent the next 13 seasons or so in the NFL, the first decade of which was as an anchor of the LA Rams o-line that helped Eric Dickerson break the single-season NFL rushing record.

#70 is current occupied by JR Nate Cadogan. Nate began his Penn State career as a tight end, catching a 3-yard bomb for a TD against Michigan in 2010. But he's now an OT, and part of the 2-deep heading into summer.