Share All sharing options for: Only Tyrell Sales Until Penn State Football 2012 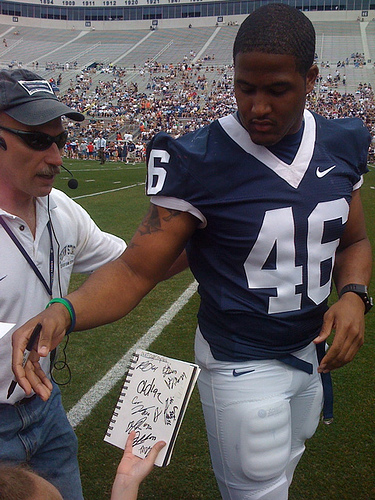 Butler, PA's own Tyrell Sales means it's only 46 days 'til the season opener against the Bobcats of Ohio University. Sales came to Linebacker U as a four star prospect from Western Pennsylvania and did not disappoint once he arrived on campus. After redshirting his first year, Sales saw plenty of time in a reserve role during his freshman and sophomore seasons. He started 23 games in his final two seasons as a Nittany Lion. As a senior, Sales teamed with Josh Hull and Navorro Bowman, forming one of the top linebacker trios in the country.