Share All sharing options for: Only Jimmy Cefalo Until Penn State Football 2012 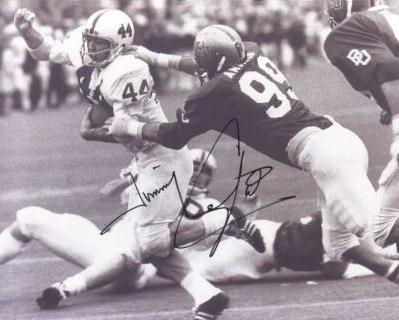 Nittany Lion legend Jimmy Cefalo means it's only 44 days 'til the season opener against the Bobcats of Ohio University. The Pittston, Pennsylvania native played receiver for Penn State form 1974-1977, leading the Lions in all-purpose yardage as a senior. Cefalo played seven seasons for the Dolphins after being selected 81st overall in the 1978 NFL Draft. Since his retirement, he has been a mainstay in radio and television as a commentator. Since 2005, he's served as the play-by-play announcer for the Dolphins radio team.