Share All sharing options for: Only Michael Mauti Until Penn State Football 2012 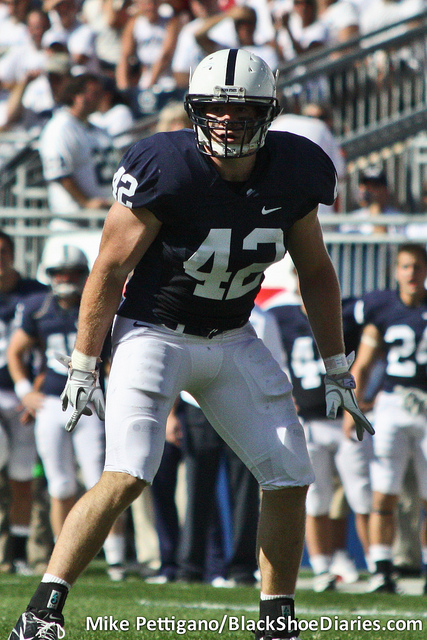 Michael Mauti, the son of number 48, means it's only 42 days 'til the season opener against the Bobcats of Ohio University. The Louisiana product has been one of the best linebackers in the Big Ten . . . when he's been healthy. Mauti is special - a legacy who saw the field as a true freshman. He redshirted his sophomore year after tearing the ACL in his right knee, but returned to start 7 games in a very productive redshirt sophomore campaign. As a junior last year, Mauti was off to another fantastic start before his season came to an abrupt end during the Eastern Michigan game by another ACL tear, this time on his left knee.

Mauti comes back for his 5th year and has already made appearances on the watch lists for both the Nagurski Trophy, given to college football's best defensive player, and the Butkus Trophy, given to the nation's best linebacker.