Share All sharing options for: Only Adam Gress Until Penn State Football 2012 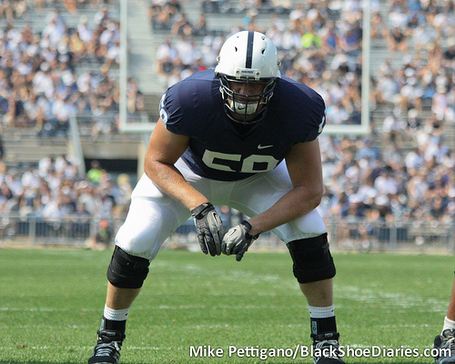 Heading into this winter, Adam Gress was a depth lineman who hadn't made much a difference at Penn State. Heading out of the spring, he was unilaterally hailed as the greatest beneficiary of Craig Fitzgerald's new strength program, cited by coach Bill O'Brien as the program's most improved player, and the presumptive starter at left tackle. What a difference an offseason makes. Getting to work with Mac McWhorter, who's long been considered one of the best offensive line coaches at the collegiate level, can only help Gress in his first opportunity as a starter. A rising redshirt junior, he'll have two years left to make his impact as a Nittany Lion.