Too Much Information 2012: the Indiana Edition

Share All sharing options for: Too Much Information 2012: the Indiana Edition

A week before the last game of the year (sadly), the Nittany Lions host the Indiana Hoosiers. As always, TMI is here to better educate you about the school behind the team.

Indiana’s state government founded Indiana University in 1820 as the "State Seminary." The school had been in the works since 1816, but there was much debate regarding whether the Indiana Territory’s public university (what is now Vincennes University) should be adopted as the State’s public university or whether a new university should be founded in Bloomington. In the end IU won out, and construction began in 1822 with the first graduating class in 1830. The school grew rapidly and hired its first president (Andrew Wylie) in 1829, the same year the school was renamed to "Indiana College." In 1838 the legislature changed the school’s name for a final time to Indiana University. IU admitted its first woman student in 1867, making it one of the first state universities to admit women on an equal basis with men.

Indiana has no mascot but the athletic teams are known as Hoosiers. ‘Hoosier’ is a more broad term for the people of Indiana. The origin of the term isn’t fully known but there are many theories. One dates back to 1825 when a contractor named either Samuel Hoosier or Hoosher worked on a canal on the Ohio River. His men, predominantly from Indiana, were called "Hoosier’s men" or "Hoosiers." Another theory is that the hill-dwellers or highlanders of Indiana were described by southerners as the Old English term hoozer which meant "high hills." 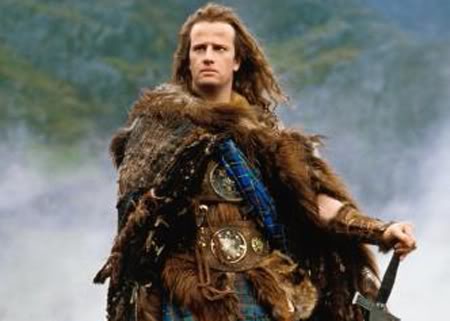 There can be only one!

Former Gov. Robert D. Orr wrote in a letter to The Wall Street Journal in 1987, "Those unfortunate souls who, for some reason, live elsewhere may continue to speculate as to the origin of our name; and we Hoosiers will continue to enjoy their doing so." (Prick!) So the origin will always remain a mystery.

Indiana football has not been good to Hoosier fans. Indiana joined the Big Ten in 1899 but has won the championship only twice, the last time coming in 1967. Their best finish was the ’67 championship year when they finished 4th in the final poll. IU has played in only 9 bowl games and won only 3 of those. They’ve been to the Rose Bowl only once and lost. There are 6 former Hoosiers in the College football Hall of Fame and 1 in the Pro Football Hall of Fame (Pete Pihos).

There are 17 Hoosiers currently on NFL rosters. Jeff Sagarin creator of the Sagarin Rating Systems graduated from Indiana. Jared Fogle of Subway fame was formerly fat and formerly Crimson and Cream. John T. Thompson inventor of the Thompson submachine gun was a Hoosier. 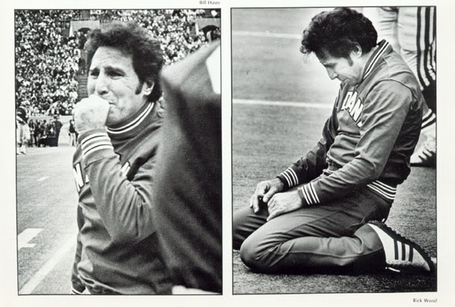