Success With Hyperlinking Is All Smiles, Coach

Share All sharing options for: Success With Hyperlinking Is All Smiles, Coach

Dear John L.: Words cannot express how pleased I am that you have press conferences and sideline interviews again. You are an 18-car pileup on the interstate in which no one gets injured. You're a circus clown minus the freaky face paint, rubber nose, and big red shoes. If you were my grandfather, I'd love hanging out with you - except in those moments where you frighten me because you convulsively punch yourself in the face. The entire state of Arkansas may disagree with me, but I'm glad you're back in the BCS - hopefully, beyond the end of this season.

Well I Shot A Man in Greenland, Just To Watch Him Die

The 'Faces of Penn State' website launched September 6th with the mission of convincing no less than 14 people that not every Penn Stater on the planet is a pedophile. Well ring the bell, public relations experts - you had me with this pretty awesome bio:

A few of these inspiring Faces include: Richard Alley: a beloved University Park professor and geologist who was part of a Nobel Prize-winning team has been known to impersonate Johnny Cash. Alley has appeared on NPR and PBS to discuss climate change, and ventured to Greenland and west Antarctica to study ice cores.

No one's raping kids in west Antarctica, I can tell you that much. Even Gregg Doyle would clear this guy. But the best part of 'Faces'? You can make nominations. So if he's willing, I think we should nominate this guy: 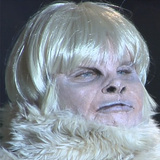 Rowdy Roddy Erickson Smashes Karen Peetz In The Head With a Coconut; Laughs

No, not really - he's a career academic, after all. But he did announce that the search for a new EVP and Provost is on like Donkey Kong. And in true academic style, the search will be conducted by a 6,000-member advisory committee (actual number: 17), with the assistance of an executive search firm. SwH is reminded of an outtake from 'Saturday Night Live' of Colin Quinn - in his only funny moment - as he argues with two other writers: 'Yeah, let's compromise. That way the joke will suck.' On the other hand, I suppose this approach worked out with the BO'B hire. So I'll shut up.

The #4 women's volleyball team dropped its first set against #3 Nebraska, and then won the next three, beating the Bug Eaters for a fifth time in the last six meetings. Ariel Scott led the squad with 23 kills, and Katie Slay had another fantastic game in the middle. People in Omaha are smart enough to love women's volleyball, and they wrote just a little bit about the match here.

But only 3,400 in Rec Hall? If you can't cheer for tall, thin, athletic women in short shorts jumping and smashing a ball into another tall thin girl's face, then you're not a Penn Stater. You're not even an American. Seriously - 3,400? For shame. How do you let that happen IFC President Vincenzo Lizza? It was a Wednesday night for crying out loud - the best drink specials aren't until Thursday! And why hasn't anyone asked Micah Hancock out, already? How does she not draw a 2,000-man cheering section by herself? WHAT IN THE HELL IS WRONG WITH YOU PEOPLE?! Send Vinny these questions in an email to: president at pennstateifc dot org.

GET AWAY FROM ME PERVERT!

Prestigious Stanford University released a sociology study that concludes with advice we in the northeast have known for at least 30 years already:

Citing how devastatingly uncomfortable it makes people feel, a new report released by the Stanford University Sociology Department revealed Wednesday that it’s never okay to just start talking to someone you don’t know.

If Ryan Nowicki Was Re-Recruited, Imagine What It Was Like For Players Who Play

Booze, money, women? A 19-year old Jedi craves not these things (though they are pretty awesome). SwH thinks it says a ton about those who stayed when Penn State was in its darkest hour, and the Illini coaches were stacked eight deep outside their apartments. #We'llSeeYouIn8MoreDaysYouPrickBastards

Dan linked this earlier in the week - but it's just too good to post only once. And I'm sure the parents of Molly Elizabeth Brown would agree. Molly, embrace your 15 minutes of fame.

Brown, Molly Elizabeth, 18 of Iowa City, IA for Public Intox at Kinnick Stadium at 1544 hours. Brown was
passed out in the women’s restroom. Brown defecated down her leg. Brown blew .170 PBT.

You're not going to get many good dates smelling like that, Molly. Unless you're willing to do something like this:

A man and a woman are on the hook for $802 for damage to a mattress and will face charges after State College police said they had sex in an unoccupied downtown apartment and left the mattress soaked in urine and semen. The damage happened between Tuesday and Wednesday.

Because, Molly - after your application to Black Heart Foul Pants, if you aren't willing to soak a mattress in urine and semen, then you're likely to get stuck dating guys like this one:

Police said a store manager saw the man unwrap the sausage and put it down his pants. The man later paid for other merchandise, but when he went to leave, store management confronted him, police said.

The lesson as always - if you can't comport yourself as well as SarcasmJam, then for the love of God, please have sober witnesses around to snap and post pictures, so the rest of us can laugh at you.