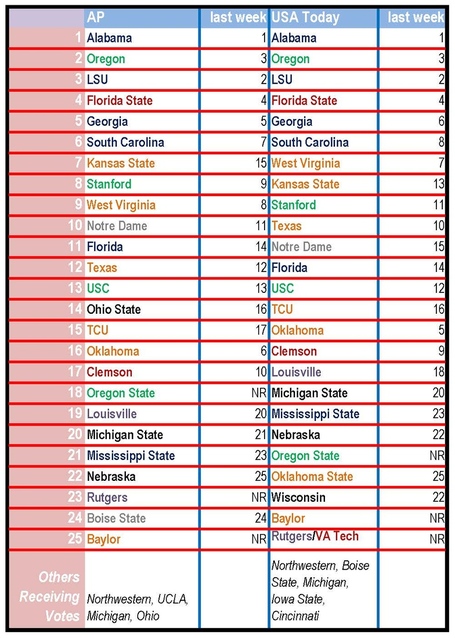 Oregon, after a decisive victory over then-ranked Arizona, jumps LSU for the #2 ranking this week. The Tigers had a less-than-stellar win over Auburn this week.

The Big Ten continues to look nicht so gut, though inexplicably Northwestern remains unranked despite four weeks of solid wins.

Rutgers sneaked into both polls this week after their defeat of once-top ten team (now 1-3) Arkansas.

The aforementioned Wildcats were dropped from the rankings this week, along with Michigan and UCLA, who lost to Notre Dame and Oregon State, respectively.