According to the University of Iowa athletic department, Wrestling Coach Tom Brands will appear in a remake of Gangam Style for a recruiting video.

Share All sharing options for: BREAKING: Brands to Appear in Gangam Style Video

As announced today by Athletic Director Gary Barta and Football Coach Kirk Ferentz, University of Iowa Wrestling Coach Tom Brands will be appearing in a remake of Gangam Style video, in an effort to bolster recruiting.

"Tommy's hit a dry spell with recruiting. I know all about those," snorted Coach Ferentz. "Not all of your 2 and 3 star guys work out the way you want them too", he continued while twirling fingers. "So, anyhow, Tommy's just got to execute better. It's all goes back to execution. And Gary and I thought, 'hey - these kids really love that little Chinese guy in that one video from a couple months ago. Why not get Tommy into one of those things?' It could really get them excited."

After AD Barta and Coach Ferentz rolled out an old overhead projector to share some "sneak peeks", it became clearer that homespun Coach Ferentz was actually referring to South Korean artist* PSY, and Gangam Style when he stated, "that little Chinese guy in that one video". The University of Iowa included the following photos in its press release packet: 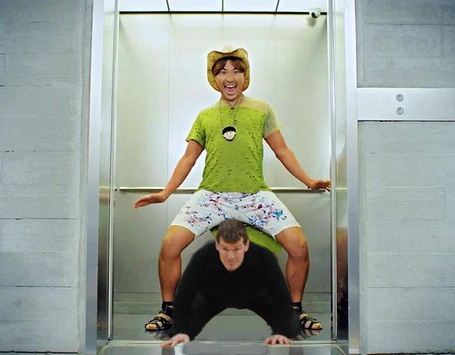 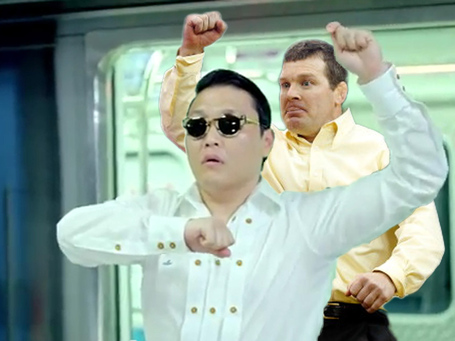 *the term "artist" is used in the most liberal sense

AD Barta, a recovering meth addict, and Coach Ferentz would not comment when asked about the initial reaction the new video has received. They did, however, add that they expected terrific results. "Tommy's a born dancer," concluded Barta.