Illinois Needs A New Logo And Their Students Aren't Helping

From the people that brought you Tim Beckman...

Share All sharing options for: Illinois Needs A New Logo And Their Students Aren't Helping

Apparently, the Illini tribe is pretty pissed off at the University of Illinois for their current offensive logo, depicting the chief of their tribe. So, because America is the greatest democracy in the world (USA! USA! USA!), the university is opening up the ballot boxes to pick a potential new logo. Of the 46 entries, exactly zero of them are less offensive than the current one or this year's football team. But there can only be one Highlander (I'm really surprised no one tried to come up with the Illinois Highlanders) and I'm here to help the students at Illinois pick a replacement for the chief. Thanks go out to my fellow grad student Tim for screenshotting these from the Illinois voting website. 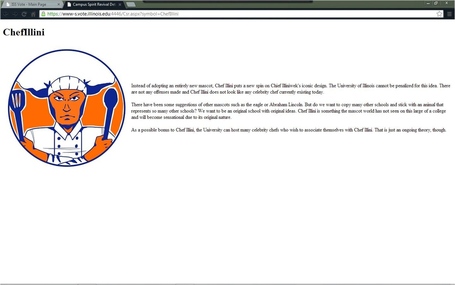 Essentially switching a headdress for a chef's hat and giving him a spatula and giant spoon as weapons, it would appear that the creator of this logo thinks that the producers of "Chopped" are huge university donors. This guy sure could cook up some trouble in the Big Ten, am I right? 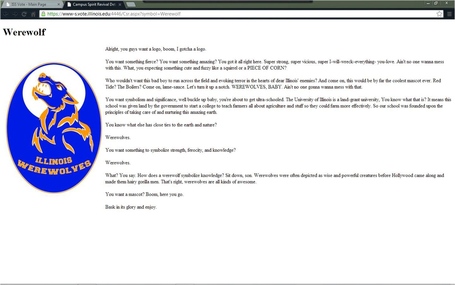 Sorry, Jim Delany, but Illinois can no longer follow your "no night games after November 1st" rule. Once they become the Werewolves, primetime games will become the only option for these nocturnal creatures. 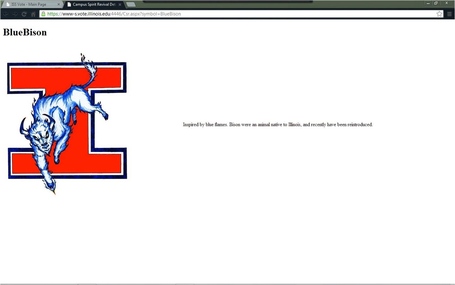 Before terrorizing King Hrothgar and being slayed by Beowulf, Grendel studied the classics at Illinois before dropping out after a semester. 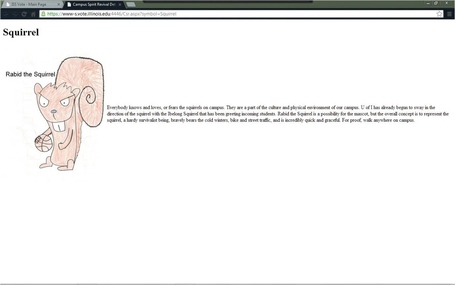 There are a lot of squirrels on the Illinois campus. Cool. They don't have Sneezy, though, do they? If anyone gets to become the Squirrels, it's Penn State. 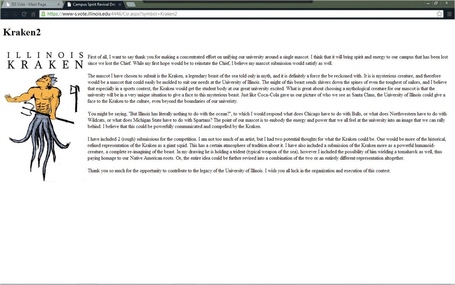 RELEASE THE KRAKEN! To go along with the Indiana Bacardi, the Minnesota Sailor Jerrys and the Michigan State Malibus.

Every Abe Lincoln Ever 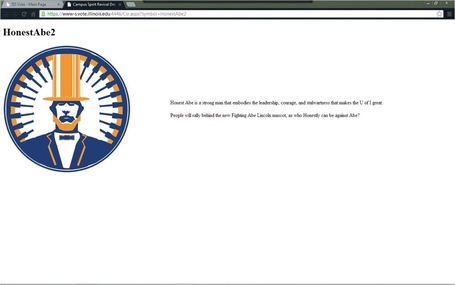 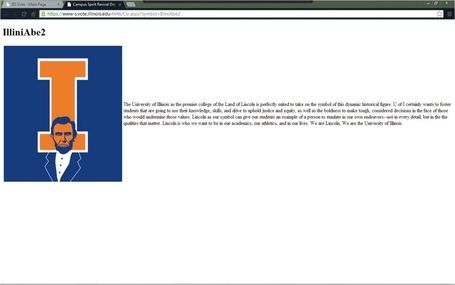 Let's start with these first two Abes. For a president who was assassinated, having 20 guns pointing at his head and him hanging from the Illinois Block I may not be the best way to go. 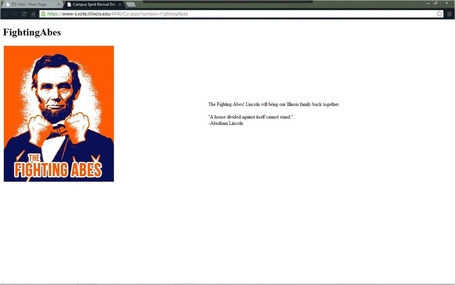 But maybe he wasn't really assassinated as this logo depicts him as a 1900s prizefighter. 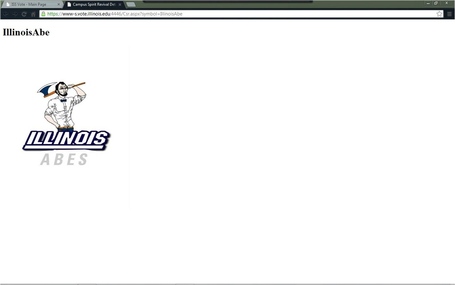 Mondays were for fighting slavery, Tuesdays were for speechwriting, Wednesday were for biceps, Thursdays for triceps and Fridays for pecs. 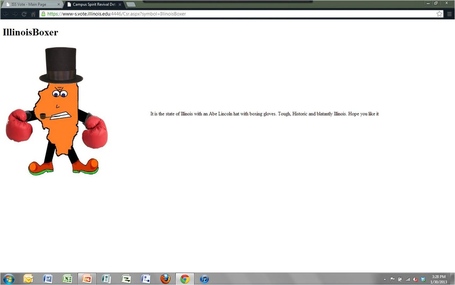 Finally, if Abe was a state that could box. I just don't know....

ANALYSIS: Give me the Grill Master, the Frying Illini, the one and only Chef Illini any day of the week.

You can find all the pictures here. Let us know who you would vote for in the comments.