Let's look at the roster numbers, and the Illini.

Festivus begins with the airing of grievances. I've got a lot of problems with you people, and you're gonna hear about it. Kruger, my son tells me your company stinks. You couldn't smooth a silk sheet if you had a hot date with babe-..I lost my train of thought. - Frank Costanza

In the aftermath of the Ohio State loss, BSD Film Room saw a variety of different roster numbers bandied about: 65, 61, 57, 54, 51, really, take your pick of any number between 65 and 47. Of course, as soon as one of those numbers was shared, someone else quickly claimed that no matter the number, the coaches - usually, defensive coordinator John Butler - should be blindfolded, walked out to a cow pasture, and shot.

This made Film Room think (for once): what is the "number"? And how does that compare to, say, 2010, which allowed the most points per game of any Penn State team in the last 7 seasons (note: prior to this year)?

(A special thank you to our friends at Fight On State and their Scout recruit database, from which all of these numbers were gleaned.)

Plug In The Projector

The table below shows recruited student-athletes by class year for the 2013 and 2010 squads. It does not deduct for redshirts of any type (academic, or medical); in other words, DaeSean Hamilton and Brent Wilkerson and Brad Bars - all of whom were lost for the season in training camp - are included in the 60.

In today's college game, student-athletes tend to play sooner, and move on before a 5th year, particularly at the big time football schools. Derrick Williams, Jared Odrick, DaQuan Jones - none of them ever used a redshirt. Navorro Bowman did, but he left for the San Francisco 49ers after his 4th year on campus. Consequently, while you do still get excellent leadership and play from some 5th year seniors, the talent core of your team these days generally rests with your 4th and 3rd year players, and to a lesser extent, your 2nd year guys. First year guys contribute, but have a hard time taking a starting spot on a big time squad (Allen Robinson had 4 receptions his 2011 true freshman year, as an example). The 2013 edition of Penn State has 18 fewer 2nd - 4th year players than did the 2010 team - effectively, an entire recruiting class lost over just those 3 classes, all of whom were on campus before Emmert's 2012 sanctions.

First, let's add those 5th year players back into the mix, while still excluding true freshmen, and see how the classes, by recruited position, panned out. These, for the most part, are the guys you're going into battle with on the starting O and starting D.

Penn State accepted letters of intent from 83 student-athletes among the 2006 - 2009 classes (4 classes). By the time the 2010 season commenced, 62 remained on the roster: 29 offensive recruits, and 33 defensive recruits. It was, as Joe explained countless times during the 2010 season, a "young squad", with 26 second year players. They also played a large number of true freshman, particularly for Joe, in part because of injury (the defense got wiped out that year) - Rob Bolden, Silas Redd, Khairi Fortt, and DaQuan Jones, among others, all saw the field as true freshmen.

The 2013 Penn State squad has 45 2nd thru 5th year players on its roster. Breaking down the numbers by recruited position, the offense suffered the least: the 25 recruited offensive non-frosh players are just 4 fewer than 2010's 29. The defensive side takes the brunt. John Butler has 20 recruited defensive players among his 2nd - 5th year players - 13 fewer than on the 2010 squad. Worse, 8 of those 20 are 2nd year guys - the true sophomores and redshirt freshmen who stuck with the program despite the scandal news, the firing of JoePa, and later, the sanctions and free agency. In other words, John Butler has 12 players in their 3rd, 4th, or 5th year on the defensive side today - and 5 of those 12 were recruited as defensive ends or safeties, leaving Butler with 7 bodies for ALL of the other defensive positions: DT, NT, Fritz, Mike, Sam, boundary corner, and field corner.

Sweet baby Jesus in garanimals - that's a freaking sick joke. But that's not all. To properly beat this horse to death, take a look at the LB and CB positions - our "edges", the guys chasing down the outside runs and WR bubble screens. The 2010 squad had 9 recruited LBs (Fritz, Mike, Sam) and 7 recruited CBs (field, boundary) on the roster (9+7=16). The 2013 squad has 6 total for those 5 positions - three of whom are from the 2012 recruiting class (Nyeem Wartman, DaQuan Davis, and Jake Kiley). Mike Hull and Glenn Carson are the only upperclassmen. The 2010 squad had 10 other recruited bodies to play, practice, and push for time that the 2013 squad doesn't on the edges. Ten other linebackers and corners practicing, competing, and fighting.

'Well, youth doesn't mean you can't tackle, durr hurr.' Actually, it kinda does. When you play young players, you tend to suck at lots of little things, like tackling, positioning, technique, reads, gap fits, and getting off blocks. The only attribute that doesn't suck too badly when you're young is speed, if you're lucky enough to be blessed with it, and even that requires you to know where you're going. Trevor Williams has been picked on at BSD and on the field - but one thing no one doubts is his foot speed. The kid can still turn his hips and run with anyone. Now, does he get fooled by double moves (experience)? Does he struggle getting off blocks against bigger players (strength)? Have those two things killed some confidence? Yes, yes, and yes. And Trevor (who was Scout's 2012 3-star, #86 safety) is now 3rd corner, behind 2 other safeties: Amos (a 3-star, #108 safety in 2011) and Lucas (an un-ranked, 3-star safety in 2012).

And now as Festivus rolls on, we come to the feats of strength. - Frank Costanza

It's not "just" the sanctions. Every time one of our guys screws up and gets kicked off the team, it kills us because we can't replace him. Shawn Oakman, the only 4-star defender in our final pre-scandal class (2011), got booted soon after BOB became coach (for good reason), pre-sanctions. Oakman currently leads the #5 Baylor Bears in tackles for loss, with 12 through the first seven games. That's 3.5 more than DaQuan Jones.

The list goes on and on. Jordan Kerner had a career ending injury. Shyquan Pulliam and Neiko Robinson couldn't qualify. Zayd Issah screwed up his life. Anthony Stanko, as I understand it, just flat out quit on his teammates (please correct me if I'm wrong about that). Eight guys from the 2009 class are gone since BOB arrived, for one reason or another: Mark Arcidiacono, Curtis Dukes, Derrick Thomas, Shawney Kersey, Curtis Drake, Nate Cadogan, and Devon Smith.

The biggest fail, though, is saved for the 2010 class - our "core" 4th year players. This was, according to most experts, the "all in" JoePa class - the one around which he'd "make a run" at a championship every few years. It made all of the national best class rankings, and the top 10 recruits averaged a 5.8 position rank. Tons o' stars in this one. Hooray, stars.

Only 8 out of 19 remain for their 4th year on campus. (Prepare yourselves for a graduation success rate hit in 2 or 3 years, by the way.) Even those eight have had rough 2013s: Bars blew his achilles this summer; Kenney must prefer running track, since he was beaten out by true frosh Richy Anderson; Mike Hull's played both injured and poorly; and Zach Zwinak still can't hold onto the ball. Woof.

Heck no we're not watching the Ohio State game. Are you insane? I'm pretty sure that no tape even exists. Instead, we're taking a peek at IL-LOL-noise, and chief diplomat Tim Beckman. Some things never change. 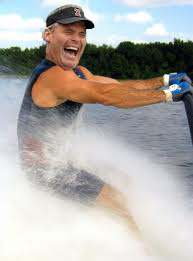 Illinois hosted Sparty for homecoming. And they lost 42-3. Illinois was outgained 477 to 128. They ran the ball 21 times for 25 yards. They attempted 21 passes, completed 13, for 103 yards. They also had 7 penalties for 66 yards, 2 turnovers, and possessed the ball for almost 21 minutes. I'm sure the Illini alums, if any ever return to Champaign-Urbana, left with smiles on their faces.

Change of plans. I can't watch this Sparty vs. Illini game either. This is terrible football, Tim. And I'm out of time for the week.

In summary, we don't have as many players as a normal team. I think that's this week's principle take away. The other take away is that Illinois has several talented players, but it doesn't matter because Tim Beckman is their coach, and Tim Beckman is a mouth breathing stooge.