The tournament starts on Thursday in Chicago. 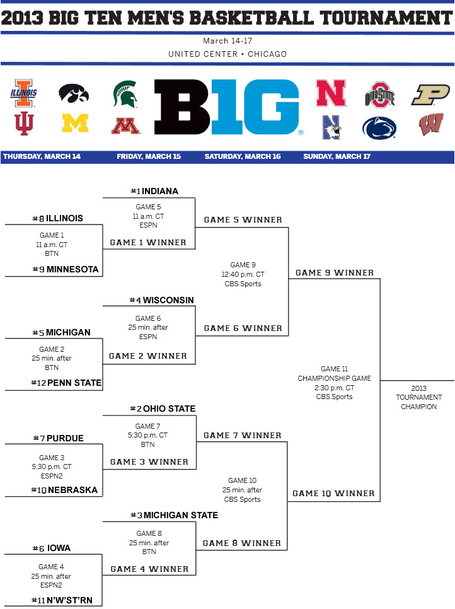 If they keep playing like they have been playing, the bracket actually seems to set up favorably for this Penn State squad as they get Michigan, a team they've already proven they can beat, in the first round and, if they were to advance, a potential revenge game with Wisconsin in the second round.

The way the Big Ten has shaken out this year, the conference tournament is really anyone's to win. Every team has proven itself capable at sometime during the season. It should be an exciting weekend at the United Center to say the least.