An explosion of asshatedness, in a best of show review.

Let's take a quick look back over the week that was, at BSD.

Gif of the Week

The cover photo to this post, stolen by me via Dan, from Eric's awesome Jon Graham Report Card post. It's tough to beat drunk Santa.

Word of the Week

Pentimental swung by Cari's "Sexism In Sports" fanpost, contributed a salient argument, and gave us the word of the week: pulchritude. Synonyms include beauty, comeliness, attractiveness. 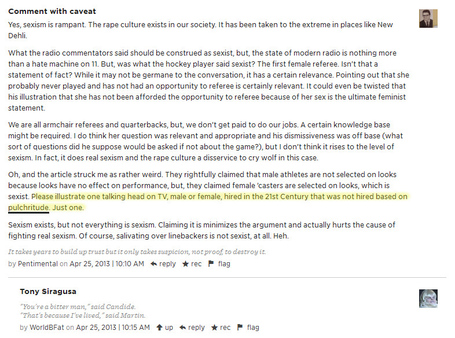 From the Chris Godwin Commitment post, by BSD vet Skarocksoi. 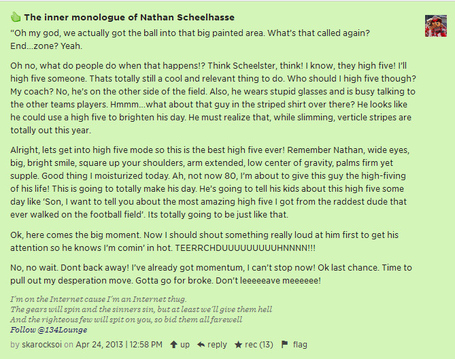 Nittany SeaLion births a male pup on Tuesday, and drops this bomb on Thursday, from the epic Stevie Bench Transfer thread:

Search Term of the Week

This blog's strength is its community. As a writer, you're always looking for ways to draw in new members - more members, more diversity, better community...more enjoyment for all.

Earlier this week I posted BSD Film Room, screen capping a couple of plays from the Blue White scrimmage. Thanks to the magic of Google, this post drew in 15 sexual deviants to BSD, as shown in the graphic below.

For those of you feigning ignorance, "blue film" is slang for pornographic movie. And though a google search of that term yields 771 Million results - nearly all of which are pornographic, with a Near Eastern flair - for a brief moment in time, BSD made first page results. So welcome to BSD, you 15 sexual deviants. You'll find we specialize in rhythmic slapping in this corner of the web.

Got a question? Just ask Google, and they'll direct you to BSD. You're welcome.

The site address isn't easy to remember. Was it 1 shoe or multiple shoes? Just one diary, or ALL THE DIARIES? Those are reasonable questions. But the 17 of you who searched for "blackshoediaries.com".....? Welcome to the interwebs. Here we specialize in rhythmic slapping, and, more recently, attracting sexual deviants. 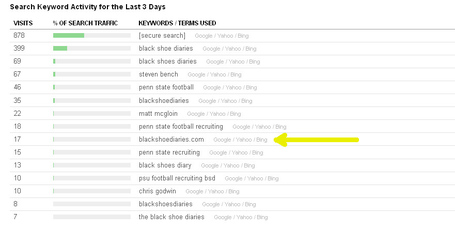 Let's Get Nuts! of The Week 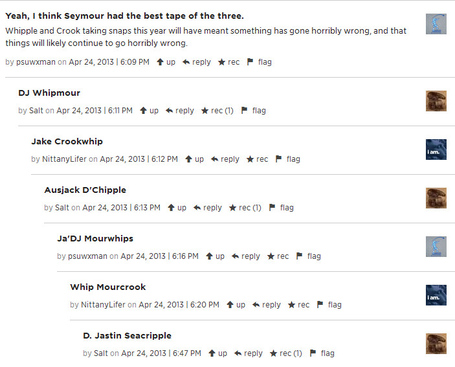 Usually we're laughing with you. But when you have to rewrite 2,000 words because the player you figured could win the starting QB job six weeks ago just transferred? We're laughing at you, Dan. Or at least MainLion and I both are.