Penn State to Face Michigan and Ohio State In Primetime

ESPN announced that an initial six Big Ten games would appear on their networks in primetime.

Share All sharing options for: Penn State to Face Michigan and Ohio State In Primetime

Penn State will have at least two evening kickoffs in the 2013 season as ESPN announced today that the Nittany Lions' matchups with Michigan and Ohio State would be featured in their family of networks' primetime lineups this upcoming season.

On October 12th, the Wolverines make their way to Happy Valley for a 5:00 p.m. kickoff with Penn State (ESPN or ESPN2). It will be Homecoming for the Nittany Lions and the last time these teams matched up for the celebration, the home team demolished the visiting Michigan squad, 46-17. Penn State also got the upper hand under the lights in 2010, defeating Michigan 41-31 behind 250 passing yards from Matt McGloin and 150 rushing yards from Evan Royster. We can only hope for another similar result this time around.

Two weeks later, Penn State visits Columbus for an 8:00 p.m. start (ABC/ESPN/ESPN2) with national championship contender Ohio State. The last time the Buckeyes and Nittany Lions played under the lights at the 'Shoe, this happened: 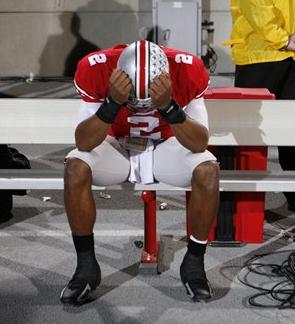 The rest of the Big Ten primetime schedule: