Success With Hyperlinking Is Taking In Some Art

Penn State links and miscellany for your weekend.

Share All sharing options for: Success With Hyperlinking Is Taking In Some Art 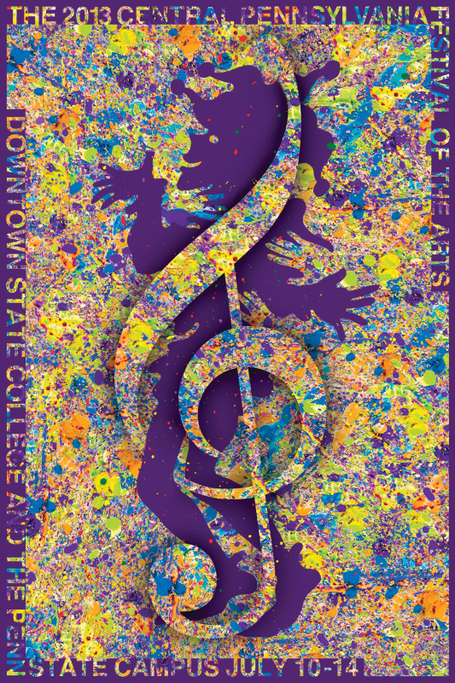 The 2013 Central Pennsylvania Festival of the Arts poster, designed by Lanny Sommese. via www.arts-festival.com

Well, it's that time of year again. If you've been in State College and wondered what town was like overrun with people, you're in luck as ArtsFest in full swing. You can see and purchase a variety of works by artists from around the world. There's also a number of miscellaneous events surrounding this weekend as well. On campus, support Lift for Life Friday or participate in a CSI experience to solve "The Mystery of the Purloined Art" Friday afternoon or Saturday morning and spend your evenings at AstroFest. Meanwhile, BookFest will be taking placed at Schlow Centre Region Library on Saturday. If you'd prefer to get out of town, there's the People's Choice Festival down the road in Boalsburg. Whatever you decide to do this weekend, stay hydrated out there. It's hot.

BSD Abroad - While you're waiting for the esteemed Dan Vecellio to finally publish his exhaustive doctoral thesis on the phenomena of Sharknados, Sharknadoes?, Cari put in some work over on SB Nation's Purdue site, Hammer and Rails, previewing Penn State in a Q & A session.

You Get A Lawsuit And You Get A Lawsuit... - Graham Spanier intends to sue Louis Freeh along with his firm, Freeh, Sporkin & Sullivan, for defamation. This is interesting since there's still charges to be sorted out in court, but if there's a guy that knows where the bodies are buried, it's Spanier. Get your popcorn gifs ready.

Water is Wet - In a shocking twist no one saw coming, Penn State raises tuition again, but for the only the second-lowest rate increase since 1967.