The first mailbag of the first month of football!

We’ve got a lot of great actual sports questions this week (I know, I was surprised too!) so let’s get down to it!

Despite Carson’s obvious talent and experience, should we expect him to get subbed out a lot packages this season given nickle’s [sic] increased use, lack of depth and LB, and excess of depth in the secondary?—Roll State

In short? No. The main reason that Carson got subbed out a lot last year was because we didn’t really have a nickel package, due to the depth issues in the secondary. As he was asked point blank at B1G media days, Carson himself wasn’t happy about it, saying:

It was definitely hard coming out on those third downs, especially when the game was on the line and we were up by a touchdown and the other team's trying to drive the ball down the field and we're in that nickel package. And what's when I want to be on the field, when the game's on the line. ... It's really painful, but I'm looking forward to being the guy who never comes off the field this year.

Carson has apparently worked very hard on his pass coverage and looks to be that guy who "never comes off". Personally, I’d look for Nyeem Wartman to be the one subbed out more often than not when we find ourselves in true nickel situations this year.

What should Penn State fans expect from the 2014 NFL draft? We are Linebacker U, we have Larry Johnson, and we have been stockpiling elite tight ends for several years. Were Mel Kiper Jr.'s Top 5s missing any Nittany Lions, or do we truly just lack first-round talent this year?—Mark Mixon via email

Well, the pundits all said we didn’t have first-round talent last year (though I fully expect the three guys drafted to prove to be steals) and this year may be much of the same. Honestly, though, I think it’s way too early to tell—and we don’t know who might go out early after the 2013 season. If Allen Robinson decides to declare after his junior year, if he has as good a ’13 as his ’12 season was, I could see him going in the first round. Also, of course, NFL.com rated DaQuan Jones the nation’s #1 senior defensive tackle, so he could go pretty high too.

As for others in Cari’s way too high projected draft? I think Carson, with a decent senior campaign, should be able to get picked up in the 5th-6th rounds, and John Urschel will likely be taken in the 3rd-4th. Malcolm Willis, Brandon Moseby-Felder, and Stephen Obeng-Agyapong will probably be UDFAs (the last one on that list being the biggest question mark). And, unless they really prove themselves this year, I don’t really see Eric Shrive, Adam Gress or Ty Howle making a roster (or Matt Lehman, for that matter).

What is your Top 5 list, organized in fashion of Homeland security color codes assignments, for players you expect to get ejected with the new NCAA tackling rule? And the follow up question: Who is more likely to draw a technical after an ejection? O’Brien, Butler, Fitz, or someone else? (A group such as Blue Band, student section, or traveling crowd is also an acceptable answer)—PSUinOH

I LOVE THIS QUESTION. Here goes: 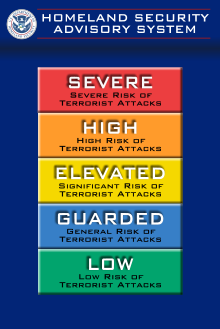 RED—Adrian Amos. This isn’t even a question for me. He was flagged for roughness multiple times last year for what seemed to me to be perfectly clean hits. He’s aggressive and explosive and he’ll be the first casualty

ORANGE—Mike Hull. A bit of a question mark because we haven’t seen him play really significant time, but I love his speed, athleticism and aggressiveness. If the do what I’m expecting and send him as the blitzing back more often than not, I wouldn’t be surprised to see some possible ejections.

YELLOW—Deion Barnes. The reason he’s here and not above Hull is the fact that he’s not unknown anymore. Last year, opposing offenses didn’t know how good he’d be—so they didn’t game plan for him. In 2013, I’m expecting a ton of double (and triple) teams on the returning B1G freshman of the year, but if he gets by those lineman, look out.

BLUE—Da'Quan Davis/Jordan Lucas/Trevor Williams. Jury’s still out on who the starting corners will be, but if last year is any indication, we should expect some blitzing and TFLs from this position—last year, Stephon Morris blew up a number of screens in the backfield, and I’m expecting similar play calls from new DC John Butler.

GREEN—Sam Ficken. I really respect this kid after what he went through last year, and it really shouldn’t come to this—but how awesome would it be?

As part of the advertising agreement, did you all get free samples of Depends shipped to your basements?—psfann

Why would anyone who doesn’t need Depends advertise for them?—lpshred

These ads were all (and I do mean all) around SBNation last Friday. Last Friday night, I met about 40 other bloggers/site runners/big wigs at the Vox Media HQ in DC for a get together, and when the guy in charge of advertising spoke, we all lit in on him about that. I wanted to ask a follow up that was simply "Why?" but I didn’t get a chance (damn you, migraines).

Definitely not me, though I am in the best shape I’ve been in my whole life. Adam’s a lawyer, so he’d probably use some shady tactics, but I doubt he’d win. He’s a bit too gentlemanly for that. Nick, while a scrappy frat guy, has youth going for him, but I’m gonna go with bscaff. He’s far too into wrestling for none of that intensity and grit to rub off, so I think he’d win by a landslide.

Honestly, it depends on the size of the dude. A slim guy can pull off a skinny tie, but most normal and heavyset guys can’t. I’m going to go regular tie, because it’s more universal and looks great on all men.

What is your favorite song from the '80s? 1880s or 1980s, your choice. Also, is there a good set of wireless earbuds? I see some with good reviews, but I just don’t have faith in the battery life remaining consistent.—SWHA

Oooh, a two-parter. For the first part, I’m gonna have to go with Michael Jackson’s Billie Jean. I can never listen to that song too much, and it always makes me want to get up and dance.

For the second part, I don’t use wireless earbuds, but I do wholeheartedly endorse all Skullcandy products. I’ve tried four or five different varieties of their earphones (these are, of course, the best), and I’ve loved all of them. Plus, if you register on their website, you get a lifetime warranty for all of their products, so if they break, Skullcandy will replace them for you.

Lastly, if you haven’t already got your copy, get the We Are! 2013 magazine here now!