The Nittany Lions open the conference slate at home against Michigan State on New Year's Eve.

The Big Ten released the entire conference schedule today, and with it Penn State's entire 2013-14 schedule becomes complete. The Lions will open at home against Big Ten favorite Michigan State on New Year's Eve at 5pm (what better place to spend your holiday than State College?) before hitting the road to Champaign the following Saturday.

As for TV, Penn State will be featured on ESPN's family of networks seven times in 2014, a whopping five of which will air on ESPNU. The return trip to East Lansing (Feb. 6) and Ohio State's visit to the BJC (Feb. 27) will be shown on either ESPN or ESPN2. Every other game will be televised by the Big Ten Network, as usual.

You'll notice Penn State is somewhat fortunate in their single plays this season. They'll host both Iowa (Feb. 15) and Wisconsin (Mar. 2), and travel to Michigan (Jan. 14) and Northwestern (Mar. 6) without playing a return leg. The Hawkeyes should be a top-25 caliber opponent and it's certainly nice to not have to visit Bo Ryan in the Kohl Center. The road single plays are less appealing, considering Penn State won't get a chance to make it two in a row over the Wolverines in the BJC. 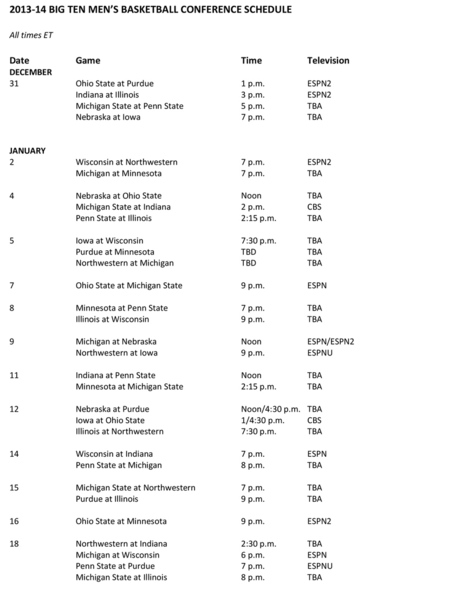 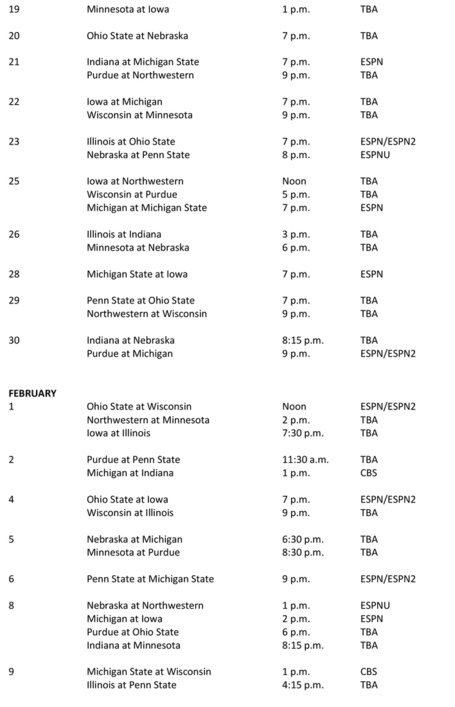 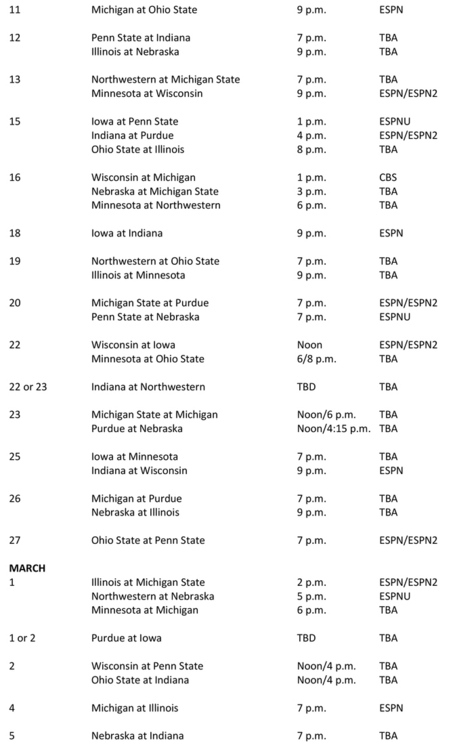 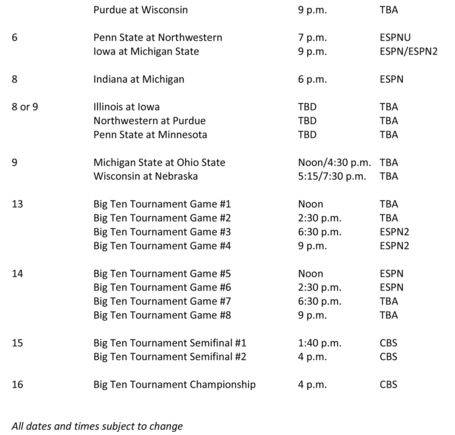