Wait, we won the Bye Week? That can't be right. Guys, what do you think?

Welcome back to the Blue/White Roundtable! This week, the Nittany Lions take on . . . and win (?!) the bye week!

A refresher on how this works - every week (except last week . . . a tip of the cap to the inimitable Rowlff Dogg) yours truly will pose a variety of questions to Penn State bloggers from every corner of the Nittany Lion internet. We'll post the greatest hits here each week, but make sure to check out our blogging brethren for their full responses every week!

Our panelists this week are the names and faces of the Penn State blogosphere that you know and love - our own Cari Greene, Matt De Bear and Eric Sion from Victory Bell Rings, and all of the D-O-double-G's from JoePa's Doghouse! (plus, visit the Doghouse for a bonus question)

The biggest news of the week has been the amending of the sanctions. What are your thoughts?

J Schnauzer: Hooray! I'm more interested in the gradual reduction of the sanctions. Here's my theory on how they get reduced:

Step 1: Upping the schollies. (already done)
Step 2: Penn State's record against Indiana and Temple from 1998-2011 is restored. A tacit acknowledgment that those were obvious wins.
Step 3: Penn State allowed to play in a bowl game in 2014, but only at a cold weather site. Boise rejoices.
Step 4: Penn State's is allotted a "Nick Saban Adjustment" to its scholarship numbers, giving them a total of 125 scholarships for the 2015 season.
Step 5: NCAA admits to Penn State, "Hey, we let you down, bro." Penn State's 2012 game against Virginia changed to a win.
Step 6: Everything but the money is restored.

The Underdogs: I've already read JSchnauzer's and it has left me wanting for words, but not really much more in the way of relief. I don't care about the wins or the bowls, because while we're talking about scams and injustices.../taps finger on the bowl schedule. BUT WHERE IS OUR STATUE, STRINGER? HUH? WHERE IS OUR STATUE? /ducks

Matt: Quite simply, shocked. I think anyone who has been around the program knew that there was a chance something like this was coming, but I don't think anyone expected it to happen when it did, nor to the degree it did. By allowing OB and the rest of the staff to take, potentially, up to 23 players in this recruiting class, and a full 25 next year, the light at the end of the tunnel is so much closer. We saw what this staff could do on the recruiting trail for a few months last year, but starting now, they're virtually unchained.

Eric: I was extremely happy when I heard about the amending of the sanctions. In my opinion, the scholarships were the part of the sanctions that hurt the most and it's huge that Penn State will get a lot of them back. Now O'Brien and his staff need to get on the recruiting trail and make those additional scholarships count.

Rowlff Dogg: There's no sense in recapping the joy I felt at the most critical portion of the sanctions being greatly scaled back. Instead, I want to focus on a few hidden aspects of the sanctions' reductions.

Think about all the additional time and energy Bill O'Brien can now put into gameplanning, scouting, and recruiting. By all accounts, his persistence played a major role in the reduction. (Picture Andy Dufresne mailing letters to upgrade the Shawshank library). Those hours can now be channeled elsewhere.

Recruiting-wise, it is huge. That goes without saying. The other major bonus is who we recruit. O'Brien no longer has to place such a premium on versatility. He can now narrow his focus and find the best players at specific positions. That's a luxury he did not have since the hammer was dropped.

Does that make this bye week the first unequivocal bye week victory of the last several years? 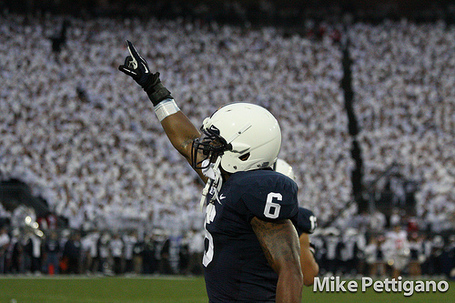 The Underdogs: Sure, why not. When can I get to Rowlff's question(s).

Cari: No doubt. But don't forget--we have another bye week in a few weeks. So we can't declare victory too soon.

Eric: Without a doubt, yes. Last year was calm but this is the first one in a while where you can say Penn State "won." If certain results come from certain games this weekend that favor Penn State, then that will only make this bye week better.

Rowlff Dogg: It is hard to top any bye week during the 2003 or 2004 season simply because that meant not watching those teams. However, this is unquestionably the best bye week gift we've ever received.

J Schnauzer: Every week that we don't play Temple is a victory. Even bye weeks.

What issues do you believe Bill O'Brien still must resolve before the Nittany Lions enter league play? 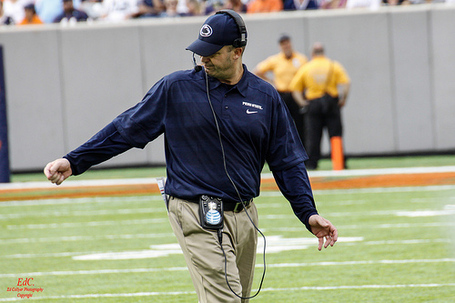 Matt: On the offensive side of the ball, I feel like they're still trying to figure out who they are, and a lot of that will depend on just how quickly Hackenberg progresses. They've got this big time prospect at QB, and an All American at receiver, so the motivation to rely on the passing attack is there. But on Saturday, it felt like for the first time they really had a good feel for what they want to do with Zwinak, Belton, and Lynch. On the other side, it's pretty simple. Find a way to get more production from the front 7. Part of that is getting Deion Barnes on track, part of that is finding guys besides Barnes and DaQuan Jones on the line, and a huge part is getting Mike Hull healthy.

Rowlff Dogg: Fortunately, nothing that isn't correctable. The lack of production from the defensive ends is puzzling. But we know what Barnes can do. It's just a matter of time before he breaks out.

J Schnauzer: Nothing too special. This is still a young team adjusting to new schemes and creating separation on the depth chart. Just work on the fundamentals.

Eric: This will sound odd, but I think O'Brien needs to get the tight end issue figured out before the Nittany Lions enter league play. Hackenberg is targeting Allen Robinson a lot (which he should be), but so far tight ends have zero touchdown catches and not a lot of production in general. Third down defense and the punting game are other areas that the team must improve on.

The Underdogs: Running back committee and increased production from DEs. If I were king for a day, Zwinak would be short yardage and fullback. Fortunately, we have multiple tools besides just the hammer. Without a line that can creates consistent, predictable holes, the hammer is not the answer. Especially early in the game when we run on early downs and invariably end up in 3rd and longs.

Cari: Play calling--especially calling run plays when they're working already. I understand the need to get your young QB reps and pass plays helps get him more used to the college game, but when your running backs are succeeding, there's no need to go to a possession of four straight pass plays.

Predictions the rest of the way? 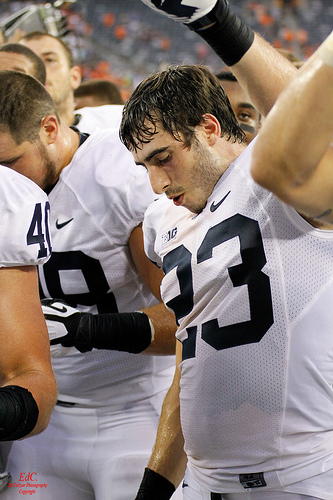 Cari: I'm going to go 5-3 from here on out. I think we'll win one I didn't predict preseason, as well as handily beat Indiana, Purdue, Illinois and Minnesota. The sanctions reduction might rejuvenate the team, as well.

Matt: This has felt like an 8-4 team to me for awhile, and nothing to this point changes my mind. Indiana, Purdue, Illinois, and Minnesota should all be wins, and Ohio State is likely a loss. Michigan, Nebraska, and Wisconsin are all toss-ups, but the timing of the last two makes them though. I think they find 1 win in those 3, matching last season.

Eric: Before the season began I had Penn State going 7-5. I'm still sticking with that. I think the four games that Penn State loses will be Michigan, Ohio State, Nebraska and Wisconsin. Indiana could be a potential upset because of their high-powered offense, but I think Penn State will get by the Hoosiers in their next game.

The Underdogs: I was at 7-5 from the beginning of the season (with an inkling of hope for 8-4) and I'll stick with that. I don't even know the schedule anymore. Or our division.

Rowlff Dogg: Walt is not going to die in the finale. Jesse is going to escape after Walt kills Psycho Todd and his uncle's posse. Jesse is going to cook enough for Lydia to buy a sit-down with JJ Abrams. Badger pitches his Star Trek pie-eating idea and Abrams passes his director torch to him.

J Schnauzer: I'll play it safe and say 8-4. Losses at Ohio $tate, Nebraska, and at Wisconsin.