Dominate the State: Where Do PSU Players Come From?

Share All sharing options for: Dominate the State: Where Do PSU Players Come From?

Benn Stancil over at Mode recently analyzed all of the hometown data for football players provided by ESPN, and charted, by county, where all of the 25,352 Division I football players call home. Unsurprisingly, there are a few hotspots that the map points out, namely, Florida, Southern California, Texas, and the New York metro area: 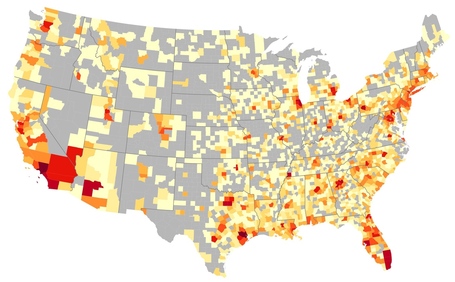 It's been long hypothesized that the dominance of Southern teams on the upper echelon of college football in recent years has to do with, amongst other things, the wide talent pool of high school players that they have in their own back yards. To some degree, this study backs that up, as, when you narrow down the players by school, most schools play to their strengths and recruit the student-athletes that come from areas closest to them. Penn State is no different: 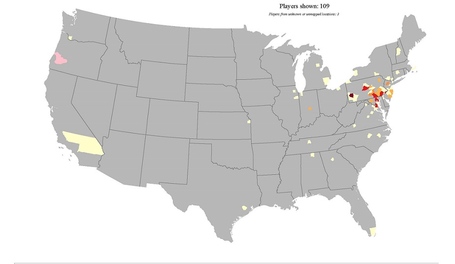 With a few players pulled in from around the country supplementing, the bulk of the roster of Penn State's football team comes from the commonwealth and surrounding states, namely Maryland and New Jersey. That likely won't change much under new head coach James Franklin, whose promise to "dominate the state" on the recruiting trail has caught fire in the week since his introductory press conference, even spawning t-shirts with the slogan.

Bill O'Brien had tried to expand recruiting throughout the country, with mixed results. If the best players from Pennsylvania stay home and play iat PSU--not playing for one of the Nittany Lions' rivals--then the program will be in-arguably a better position. Just for argument's sake, what does the map say for the rest of the Big Ten? Overall, pretty much the same, with a little more diversity (and California and Florida thrown in): 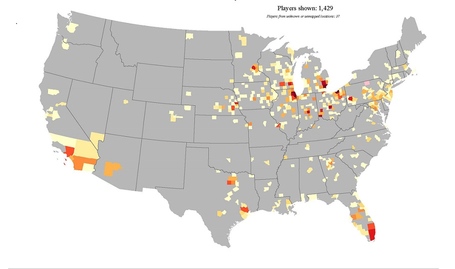 Oh yeah, and Penn State's most popular hometown county, Allegheny? There's 209 total FBS players that hail from there, and twenty of those are in the Big Ten. Only eight are on the roster at PSU.