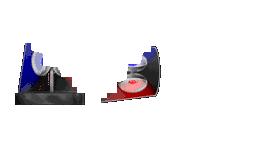 As has been speculated for several days since word of his visit to South Bend went public, New Jersey quarterback Brandon Wimbush has decommitted from Penn State, and verbally committed to Notre Dame. The 4-star QB committed to Penn State back in May. After flirting with Stanford over the summer, it appeared Wimbush was solid with Penn State, until the Irish emerged earlier this fall.

As Nick outlined yesterday, with two quarterbacks in last year's class (Michael O'Connor and Trace McSorley), a QB in the 2015 class was not necessarily required, especially with a solid group of local prospects in the Class of 2016. However, Wimbush was one of the stars of Penn State's 2015 class, and with less than 4 months left until signing day, there are limited options at QB for James Franklin.

This is the second time this recruiting cycle that Brian Kelly has flipped a PSU verbal commitment, previously doing so with Indiana linebacker Josh Barajas.