The freshman has a chance to break a Penn State Football record today.

Share All sharing options for: DaeSean Hamilton is Nearly Immortal

DaeSean Hamilton has been the surprise of the season so far. Not only has he been a huge piece of the puzzle as far as filling the void left by Allen Robinson, but he finds himself very close to breaking a fairly impressive Penn State football record.

Deon Butler currently holds the record for receiving yards by a freshman, with 691 (in 2005). Hamilton currently has 686 receiving yards on 57 catches, and 694 total yards from scrimmage. Hamilton has been used in a variety of ways by Franklin and Donovan, doing everything from running fly routes, to crosses over the middle, to his signature bubble screens. As Penn State's offense started to find a rhythm last weekend against Ohio State, it was clear that Hamilton was a big part of the vision. The constant bubble screens may annoy some fans, but there's no doubting that Hamilton has been fairly successful on such plays. It also gives the defenses one more thing to think about, allowing Geno Lewis, Chris Godwin, and Saeed Blacknall more time to create separation.

Hamilton has made quite the impact this year so far in the award category as well. He has won the award for Big Ten rookie of the week twice now, which is quite impressive considering what JT Barrett has been doing at Ohio State (Except for last week). Hamilton picked up the award last weekend after his 14 catch, 126 yard performance against the Buckeyes in the overtime loss.

Unfortunately, Penn State fans didn't get to enjoy having Allen Robinson for long, as he was masterful for two seasons before heading to the NFL. DaeSean Hamilton represents a big part of the future of this team, however. Being a redshirt freshman means that he'll be patrolling the Nittany Lion sideline for a while longer still. We here at Black Shoe Diaries wish BaeSean the best of luck in his pursuit of Deon Butler's record. We would prefer if he broke it as part of a 73 yard touchdown on the first offensive play of the game. 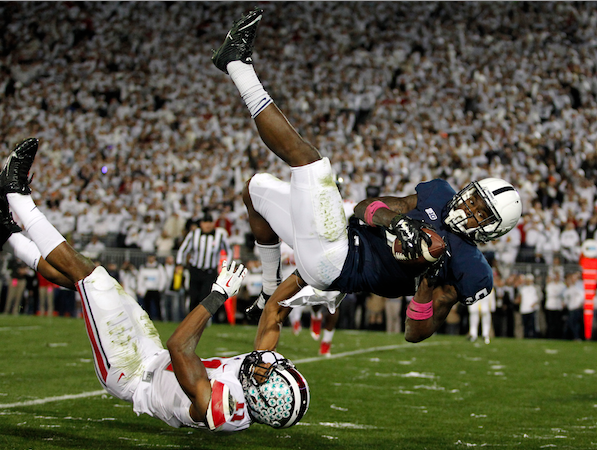 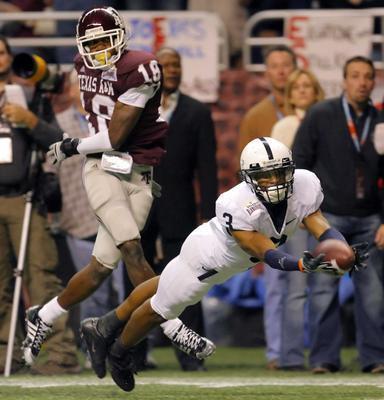