Share All sharing options for: The Unrated Recruiting Mailbag

In your esteemed medical opinion, how many consecutive weekends can Franklin go without a verbal commitment before I have to check into rehab because the withdrawal will get too dangerous? - Finnarious

The longest break between commitment so far this cycle has been 3 weeks, from Adam McLean to Jonathan Holland. As Bill pointed out in our email thread the other day, I told him it could be a while before another commitment. Of course, Ayron Monroe committed the day after I said that, but the point still stands. Grant Newsome is set to announce in June, but aside from him there isn't much of an end in sight for a lot of the top guys the staff is currently targeting. Obviously that could change with new offers and all, but you might want to pick up a life alert necklace soon.

Shockingly, they call me Nick. I've only ever been called Chris on the internet, although my girlfriend did call me it once following Cari's tailgate at B/W weekend to make fun of me. And now that I think about there have been a few times at tailgates where people meet me, hear my name is Nick, register that for a second, and then yell "Chris!"

Why do people call you Chris? - misdreavus79

Click on these pictures. They tell you all you need to know. 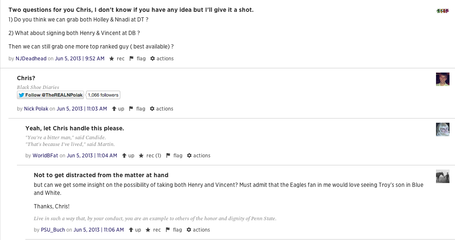 Will you use the phrase "coot the pipeline"? - Dbridi

Did you regret this recruiting fanpost immediately or did it take several minutes? - garder54

I must say that I was expecting more questions about actual recruiting, but these questions do make me laugh, so I'm okay with the direction it went.

How do you introduce yourself to a recruit? - blackjackfishtaco

I usually go with a typical hello, I'm Nick Polak with SB Nation, covering Penn State recruiting. And so on and so forth. Not very exciting.

Not gonna lie. This has happened (over the phone though, not text), and it hurts the self esteem a bit.

Did you really think that the only questions asked here would be about recruiting…? - PSU12

I don't know what I was thinking.

When talking about football, I would be most interested in talking about how they're planning on using me on the team, what position, what role, etc. If we're talking about the whole recruiting process in general, I would genuinely be curious to ask how players go about balancing football and school, and if said school was a place where that could easily be done.

I would be a high 4* across the board (0.9535 composite) wide receiver who had a break out senior season and a great showing at The Opening, and was bumped up to a 5*. Roll Tide.

And I don't think so.

When you tell recruits you are a Polak, do they make fun of you? - WorldBFat

Not yet. My recruiting career is young though, still plenty of time.

You've been gifted a free tattoo. Please describe what you choose, if you’re a top recruit. - bscaff 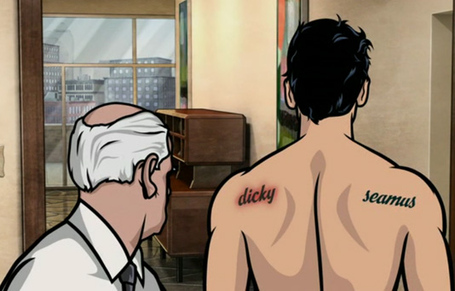 Can we see the pictures of the recruits' moms? - WorldBFat

Your regular reminder to keep your moms away from Kliff Kingsbury. http://t.co/zb67Vf9Esj pic.twitter.com/VKvHhrSZKd

How often do recruits tell you that you look like Napoleon Dynamite? Please include innocuous remarks like, "vote for pedro", and "I bet I can throw this football over that mountain" as countable references. - bscaff

I was told I look like Napoleon Dynamite maybe twice when the movie came out, but not once since then. Side note, that movie makes me want to gauge my eyes out.

If you, as lead recruiting coordinator, could secure the commitment of one comic book hero or villain, but only one, whom would you choose, what would you have to promise him/her to get the LOI signed, and where would you pencil him/her into the lineup? - bscaff

There are a ton of awesome choices for this. You could go with the obvious one and say Hulk, but I think he would be a little too unpredictable for my taste. He could just as easily jump into the endzone as spring up into the stands. So that won't work. Captain America is another intriguing option due to his speed and agility. But he doesn't have the mean streak I want in a football player. The Flash would be too quick for the rest of the team, which would probably cause more than a few fumbles on handoffs. Although I suppose using him in the passing game would be fine, it would just take a ton of concentration on the quarterback's part.

I'm going to go with Magneto. In today's age of football everyone is wearing metal in some form, so I think he would be a true weapon for my squad. I would put him back at free safety and just let him go to work. Whether it's putting my defense in the right spot, or taking the offense out of theirs, he would be perfect. He could even cause a few false starts if he felt like it.

As far as securing his commitment goes, I don't really know what I'm supposed to give Magneto to appease him. I suppose I could let him go play with a bunch of metal out in the countless open fields we have, if that's what he wants to do. I think he would be more in a position to demand from me, rather than me making promises. 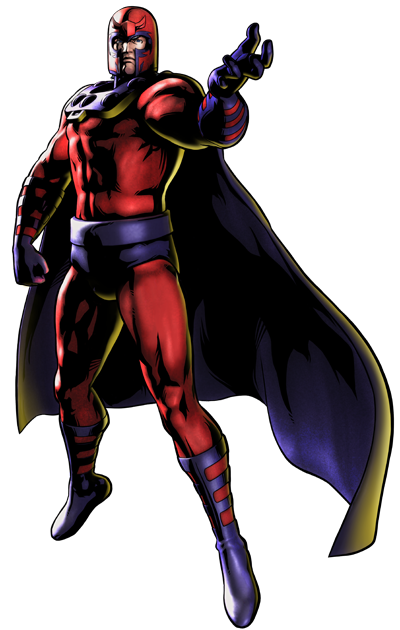 If you had been offered by Kentucky and Mississippi State, would you feel guilty for misleading people to whom you told, "I’ve picked up a pair of SEC offers". - bscaff

It's all about how you word it.

Shockingly, I do actually talk to them. I occasionally use their twitters or instagrams for pictures, but I don't research their likes and dislikes on social media before talking to them, if that's what you mean.

Have you ever turned the lights down low, lit some scented candles, and had some Taylor Swift playing while calling a recruit? Also, have you ever got caught in the "No, you hang up" loop after a really good interview with a recruit? - skarocksoi

As hilarious as that would be, no I have not. I have been in one of those awkward "who gets the last word" hangups though.

Do you hope that the guys you interview won't ever read BSD so they never find out all the shit we give you? - skarocksoi

How do you try and explain to your real world friends that you’re a big deal to 16 and 17 year olds on the internet and not sound creepy about it? - skarocksoi

I don't. As far as my non-BSD reading friends know, I just write about football.

When it comes to recruiting and caring is creepy are you more of the "hide in the bushes and throw pebbles at their windows" creeper or are you the "sit on a bench outside of their school and pretend to be reading a newspaper while waiting for them to come out" creeper? - jman07

I'd lean more towards the bench outside of their school. Nice and unassuming, and seems like the more effective strategy.

Do you think your job would be easier if you worked for a pay site? - trizani83

Considering Pennsylvania State has the fastest WR coach in the country, should Coach Gattis’ 40 time be a measuring stick for prospective WR recruits? If so, how does this new WR recruiting slogan sound? "If our WR coach is faster than you, go to Pitt." - E. Ben Karma

Sounds good to me. Can't imagine why it wouldn't work.

Do you tend to talk about Nick or Disney Jr. with the recruits? - garder54

Stick with what you know. Nick all the way.

When did you realize you had a knack for talking to 16 and 17 year old kids? - garder54

Do the recruits parent's screen you before talking with their kids? I mean, what credentials do you show? - garder54

We usually have a nice ten minute talk or so before they put their children on the line. We go over each question, the wording of each question, and whether or not each question could be misconstrued as inappropriate.

If you were told that you could have a national championship for PSU or another Super Bowl victory for the Seahawks this upcoming season and you could only choose one, which would it be? - jcross9

National Championship for Penn State. Aside from the whole angle that having a university you attended mean more (which it does) to you than a professional team that you have no stake in does, the chances are greater for the Seahawks to win one on their own without this voodoo magic you're implying. Not only because the Seahawks are an ideally-built and young franchise, but because the odds of winning in a league of 32 teams with a (good) playoff system is significantly higher than winning in a league of 119 with a flawed, and still growing playoff system.

Well there you have it. Your full, unabridged mailbag. Enjoy it.