Donovan Smith, the redshirt junior out of Owings Mills, Maryland, has been named to the Outland Trophy preseason watch list, an award given to the nation's top lineman. He joins 63 other collegiate offensive and defensive lineman in being recognized. 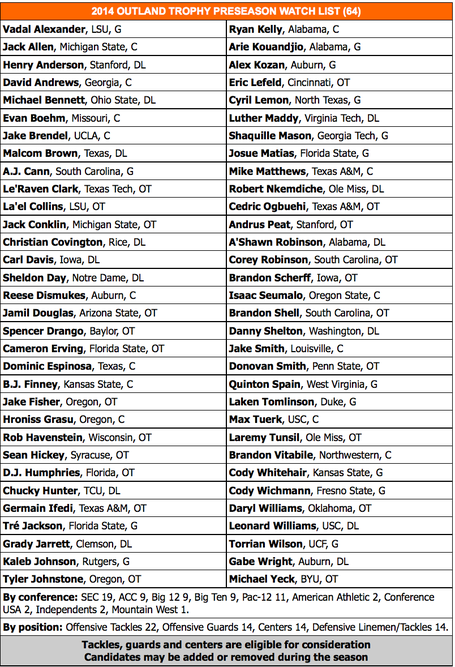 Smith has twenty career starts to his name over his two years in the Penn State lineup and comes into this season as the Nittany Lions' most experienced body up front because, if you didn't know, Miles Dieffenbach tore his ACL and the offensive line is looking pretty thin. It could be a cause for concern this season.

Congratulations to Donovan and here's hoping that he brings home the award come December.