This is your reminder that today is free slurpee day. You're welcome.

What is the official color for Penn State blue? I’ve done some research and the blue color has varied a bit over the years.--DefiantLion

One of our staff members does branding for a living; he’s forwarded us the official documentation on Penn State branding in the past. According to what the University releases, the school’s official colors are Navy and White, with gray to be used for accent only and brown to be used in the mascot only. To match the very official colors in the logo, you should use the Pantone Matching System; PSU’s blue is Pantone 282. The accent gray, for your information, is Pantone 429. White has no Pantone number.

It’s been relatively quiet on the recruiting front recently. With a bunch of PSU commits at The Opening, should we expect some sort of visit/commit watch actions soon?—PSUfanDuff

For those who are unaware, the Opening is probably the year’s biggest recruiting event. As you may have seen, the Nittany Lions have been repped pretty well on Nike’s campus this year; we have the fifth most commits at the event.

I don’t really expect us to see or hear anything soon on the recruiting front, as July is a dead period in recruiting, but the biggest news for PSU fans out of the opening was arguably four star defensive tackle Tim Settle naming PSU one of his final few. QB commit Brandon Wimbush also impressed in the early days of the Elite 11, which took place a few days before the Opening.

Should the new AD offer some sort of contract extension to Chambers?—jiminore

Frankly, I’m of the opinion that the old AD should have offered a contract extension to Pat Chambers. Because Eric writes very well and convinced me of every single point he is trying to make. I think that the fact that Coach Chambers isn’t already extended is ridiculous, and the first thing that the new AD should do is give him an extension—if it isn’t already done.

So, basically, it should have already happened, but if it hasn’t, then yes.

Definitely Chambers’ recruiting success. For many of us, Penn State football has been a sleeping giant just waiting for the right person and/or staff to awaken it—and Franklin is that person. While many seem to have forgotten, Paterno was a recruiting phenomenon in years past—so what’s going on now in many ways is a harkening back to the days of yore. It’s not so much a surprise as it is a resurgence, and if (as we all hope) Penn State football stays consistently at or near the top of the recruiting rankings, we can begin to reclaim our place near the pantheon of powerhouse football programs—not just historically, but currently.

Basketball, on the otherhand? "Penn State" and "powerhouse" just aren’t in the same sentence w/r/t that sport. That’d be like using Big Ten Powerhouse Rutgers unironically. What Chambers has been doing has been surprising and wonderful—and all of Nittany Nation should be supporting him and his efforts to make a mark with the PSU men’s basketball program.

Who on the PSU roster wins in a Coney Island style hot dog eating contest?--Big Maple

The best response was in the comments of the fanpost (Brandon Ware, as was suggested, is no longer on the team), but going from a strictly pound-per-player standpoint, it would now be tackle Donovan Smith, who weighs in at 335 pounds. Congrats, Donovan! Enjoy your dogs!

What should I get my wife for our 25th wedding anniversary? It is next week and I haven't even thought about it yet.--BMAN13 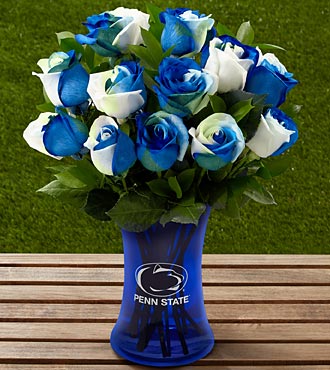 Then serenade her, and then work your way up from there. (Happy anniversary to you and TD!)

Which B1G head football coach has the worst breath? Bielema was my old vote, but now I think it is Brady Hoke. I feel like he would eat a lot of onions. Like he would be a guy who would put carmelized onions on his cereal.--Dbridi

I really feel like it should be Tim Beckman, because he just oozes smarm. And also I can’t stand that guy. And Mauti doesn’t like him, and who am I to argue with Mike Mauti

On long car trips, does anyone else form imaginary relationships with other people driving along with you? And I don’t mean in the car with you, I’m talking people in other cars on the road that happen to be going the same way as you.—skarocksoi

For some reason, this question just reminded me of this:

There’s no bad time for a Dazed and Confused moment.

How good is Shiner Bock, really?—ReadingRambler

Honestly, all I remember about Shiner Bock is that they were $3 for 32 oz at the Sports Café on Thursday afternoons, so I would go in between classes.

Rank these recent TV show couples in order from "most awesome" to "they beat us in the face with it". All, feel free to add couples as well.

Can you guys post the average page hits per writer per post so we can mercilessly humiliate the loser?--psualum9931

No, because our analytics actually can’t be tracked by author and to do so would require far too much time and effort than would be worth the small pleasures that some might take out of it.

You have two tickets to paradise. Who packs their bags and goes with you tonight?--Gerry Dincher

I mean seriously guys. Like this was even a question. 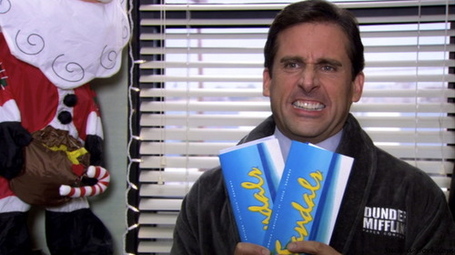 1) Who would you put on each team? 2) Who would guard who? 3) Who would be each team’s starting five? 4) What would happen in the game? 5) Who would win?--Bill DiFilippo

I really don’t feel qualified to answer this, because a) I don’t know basketball very well, and b) choosing teams amongst our staff would be like deciding which of my kids were I to have kids I liked the best. So I think we’ll leave it up to the readers; I think the best comment-submitted answers to this question should form the basis of a poll, and we’ll put that in the next mailbag.

Also Ben would win because he’s my favorite.