The QB and DB are the first Penn Staters to watch in 2014, named to the Maxwell and Bednarik watch lists, respectively.

Share All sharing options for: Christian Hackenberg and Jordan Lucas named to First Watch Lists of 2014

On the first day that watch lists are released, two Nittany Lions are named to two of the lists that PSUers know best: the Maxwell and Bednarik Awards.

The Maxwell Award is given each year to the Nation's top overall collegiate football player. Christian Hackenberg is the lone Penn Stater on the watch list: 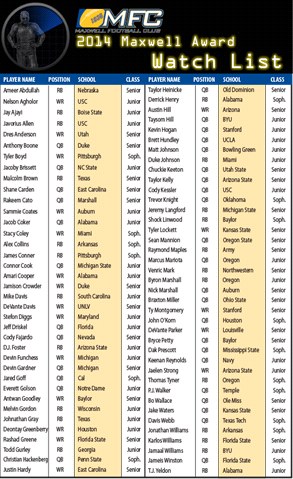 The Chuck Bednarik Award is also given yearly by the Maxwell Football Club, and is presented to the best defensive player in college football. Jordan Lucas has been named to the watch list for Penn State: 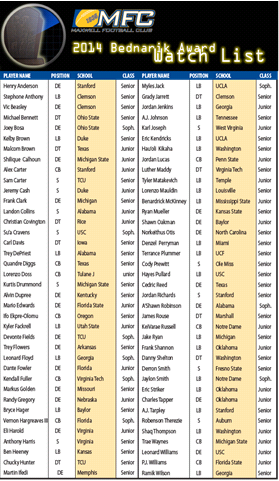 Though the Bednarik hasn't been around as long as the Maxwell, its history is even more relevant to Penn Staters--double the recipients played in Happy Valley than the next closest school, with four players coming from PSU. Paul Posluszny won the award twice, with LaVar Arrington and Dan Connor both winning it once.

The watch list announcements will continue over the next two weeks, as the Mackey Award and Rimington Trophy announce their lists tomorrow, the Lou Groza and Ray Guy Awards are Wednesday, the Nagurski and Outland Trophies are Thursday, and the Jim Thorpe Award is Friday. Next week, we'll hear from the Butkus, Lombardi, Biletnikoff, Davey O'Brien, Doak Walker, and Walter Camp Awards.