My apologies to both redshirt sophomore linebacker Gary Wooten and cornerbacks coach Terry Smith.  Wooten, a reserve linebacker from Miami who is coming into his own, sports number 8 on the field this year.  Smith is a former Nittany Lion himself, proudly donning number 8 throughout his career in the early-90s.  Unfortunately, we've looked through our archives, and there's not a photo to be found of either one.  Rest assured, guys, we've got ya next year.  Keep grindin'.

So I guess that just leaves us with photos of some random number 8 . . . 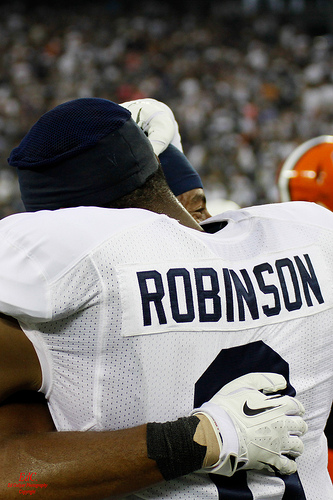 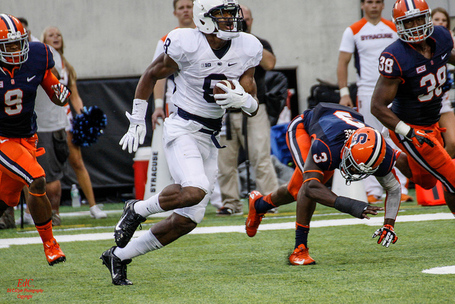 Only the most decorated receiver to ever wear the Blue and White, Allen Robinson was an unheralded prospect out of St. Mary's Prep in Orchard Lake, Michigan.  An afterthought compared to his high school quarterback, Rob Bolden, Robinson set multiple Penn State records during his sophomore and junior seasons en route to becoming a second round pick of the Jacksonville Jaguars in the 2014 NFL Draft.  With all due respect to Bobby Engram, Deon Butler, OJ McDuffie, Bryant Johnson, and yes, Terry Smith, Robinson was otherworldly, and in many games was the entirety of Penn State's offensive output.  We'll miss you, A-Rob.