Share All sharing options for: Only Von Walker Until Penn State Football

Von Walker will learn his fourth different position in just his second year as a Nittany Lion when he takes the field as a linebacker for the 2014 squad. As a true freshman in 2013, he began working with special teams before gaining some rushes at running back. By mid-season, however, he switched sides of the field and saw time at safety. Now, he'll attempt to make his mark at Linebacker U's signature position as depth problems will cause defensive coordinator Bob Shoop to get interesting with the unit this year.

And since we are 25 days away from the start of the season, it gives me an excuse to post 'sad[REDACTED}.jpg'. 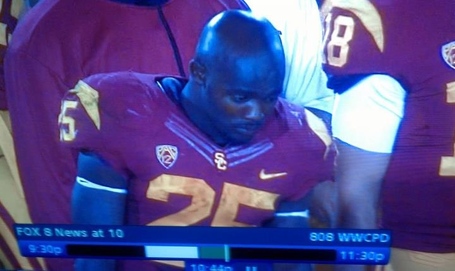