As most of you know, there is much debate over the regional gas station food offerings of the great state of Pennsylvania here on Black Shoe Diaries dot com. The honest, hard-working, sturdy folk from Western PA are rightly enamored with the Sheetz empire - while the filthy, unwashed heathens from the Philly area loudly proclaim the superiority of Wawa (for reasons still unknown to this author).

Full disclosure: I am the proud son of Yinzers. I am ride-or-die Sheetz4Lyfe. Although I live in Sakerlina now, we go miles out of our way to swing through Wilson, NC every time we venture north, just so we can stop at Sheetz and gorge on MTOs. I am not exaggerating when I say that what the culinary wizards of Sheetz are able to do with microwaves and deep fryers is nothing short a miracle; on par with anything Michelangelo did with paint, Rodin with marble, or Hendrix with an upside-down Stratocaster.

Now that you know where my allegiances lie, friends, I have something to tell you. We went to Disney over the holidays, and on the way down I-95, I got baptized by a 5 foot beaver in a Santa Suit. No, this isn't a "Florida Man" story...I'm talking about Buc-ee's.

Prior to this trip, I had only heard faint murmurings about Buc-ee's. People who had ventured across the baren Texas plains reported back with sightings of an unbelievably large gas station, with frankly absurd food offerings. I dismissed these reports like early sailors dismissing tales of sea monsters. Rolling my eyes, I sarcastically thought "oh, yes, everything's bigger in Texas, of course". But as the miles ticked by on 95S, a billboard caught my eye and my interest was piqued. We were due to cross paths with a Buc-ee's, right about lunchtime, and with a car full of hungry, Disney-crazed kids, and a quarter of a tank of gas, I thought "why not"?

The first Buc-ee's we visited was situated in Daytona Beach, Florida. One exit prior to I4 as you make your way down the hellscape that is 95, Buc-ees sits off by itself, set back on many acres. Now, one thing I always loved about Sheetz was the attention to detail, including that they are always located at an intersection and thus have at least 2 entrances/exits, which improves traffic flow. This Buc-ee's took that to another level, with not one but two of it's own traffic lights dedicated to ingress and egress. It was a good thing too, as there was a line of cars stretched back to the interstate going into this mysterious tan building. It was surrounded like a medieval castle, not by walls or moats, but by a line of gas pumps - 4 deep in all directions.

Part III - Inside the Walls

Overwhelming. That's the only word I can come up with. Throngs of people pushed shopping carts, yes, 4 wheeled buggies as they call them here, full of goods up to the registers at the front of the store. I would try to estimate the interior square footage, but like the Great Lakes, you can't see one side from the other - or at least I wasn't able to look past the gentleman in a Buc-ee's uniform slicing down a freshly smoked brisket behind the counter in front of me.

First stop was the bathroom, as is standard procedure when travelling with kids. It was immaculate. My wife remarked that she had been in operating rooms that weren't as clean. Second stop was for drinks; the fountain drinks alone took up a section of wall that should probably be measured in cables, or furlongs, as mere ‘feet' seems inadequate. Finally, we ordered food and prepared to exit.

As I said, it was crowded, we were overwhelmed and I didn't get the chance to fully explore the menu, but it was on par with the mighty MTO options at Sheetz. Details at this point are fuzzy, but my camera roll has pictures of my 8 year old with what appears to be a 128oz caffeinated soda; the boys posed with the Buc-ees mascot - the 5 foot tall beaver I alluded to earlier, dressed in full Santa regalia. We may have let our 4 year old have pork rinds and chocolate milk for lunch, like I said, it was overwhelming. I had some sort of chicken bacon wrap, it weighed 3 pounds and was encased in a tortilla the size of a manhole cover. Needless to say it was extravagant.

Once we reached the Magic Kingdom in Orlando, Buc-ee's was all we could talk about. We researched the franchise during the jaunt across I4, discussed purchasing stock in the company, and vowed to visit their other Florida location on the drive home.

This time, we were ready. 3 days of amusement parks had steeled us against crowds. This time, our visit didn't coincide with meal time, and as we were in no hurry to get home, we availed ourselves of all that Buc-ee's has to offer. 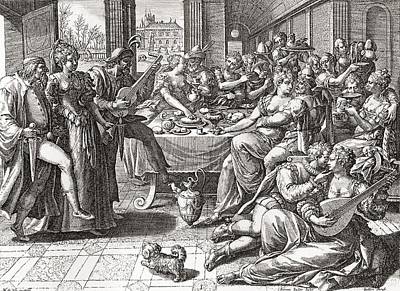 Artist's rendering of our second trip to Buc-ee's

I perused professional-grade smokers, my wife meandered among the housewares section. The kids selected packaged snacks and fresh fruit options with all the aplomb that middle-aged men use on scotch and cigars. We got Buc-ee's coozies, jerky, snacks - including a delectable treat called "beaver nuggets" which taste like oversized Corn Pops cereal. I had a bag of Buc-ees branded chocolate covered almonds. Once we were satisfied, we paid our tab, a very reasonably priced tab at that, and left to spread the gospel of this magical place.

As I said, I've been baptized. I never thought something would rival Sheetz, let alone surpass it. But I am here today to tell you, Buc-ee's is the real-deal. If you ever have the chance, make the stop there, but be prepared (especially if you think Wawa is something to be proud of). We thought we must have caught the grand opening of the Florida locations, given the size of the crowds, the live mascots, and the brand-newness of everything - but they had been open for almost a year.