Back on Friday, June 3rd, the following email from "Penn State Athletics" arrived in my Inbox. I've discussed it with a few friends over the last week and wondered if it might show up here at some point and be a topic for debate because I believe it was sent to everyone who donates to the Nittany Lion Club. But I haven't seen it here - or maybe I'm just not visiting the correct threads. Consequently, I thought I would post it and see what, if anything, the commentariat has to say about this email. I should mention that five days after this email was sent Coach Franklin reportedly spent a good bit of time at his Wednesday press conference talking about NIL and how Penn State needs to "pony up" (for lack of a better term) if we want to remain competitive in football - something that was voiced in the first paragraph of this email.

Personally, I'm not shocked at the email, but if the vision is and continues to be that Penn State needs to keep up with the Jones's to be relevant in the world of college football, then I would suggest decades of evidence to the contrary would indicate that maybe a new vision is in order. Or maybe I'm just cheap. But considering that only $8 million of the $48 million in current upgrades being done to the Lasch football building were covered by donations, thinking that Penn State fans will pony up double-digit millions a year for NIL might be a stretch. Plus, considering only one school north of North Carolina has won a football natty in this century (yes, this century), perhaps admitting Penn State is at a geographic disadvantage (not to mention a cola disadvantage - only one Pepsi school has won a natty this century too!), and should just accept mediocrity, is a viable gameplan. Nah! 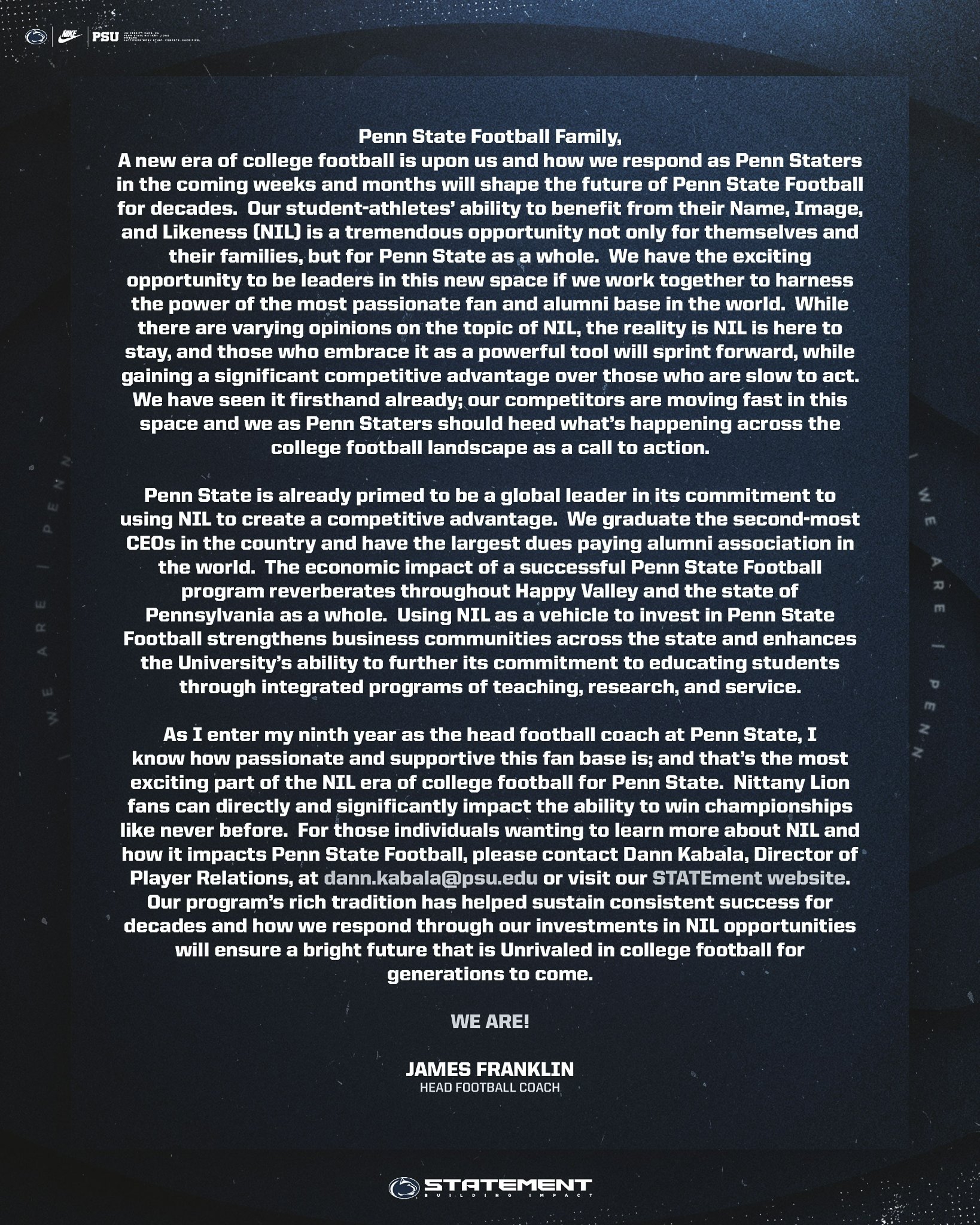 EDIT: One addition... the email suggests you visit PSU's STATEment website for more info on NIL, but doesn't link to it (or at least my email didn't). For those who might want to check it out, the link is HERE.